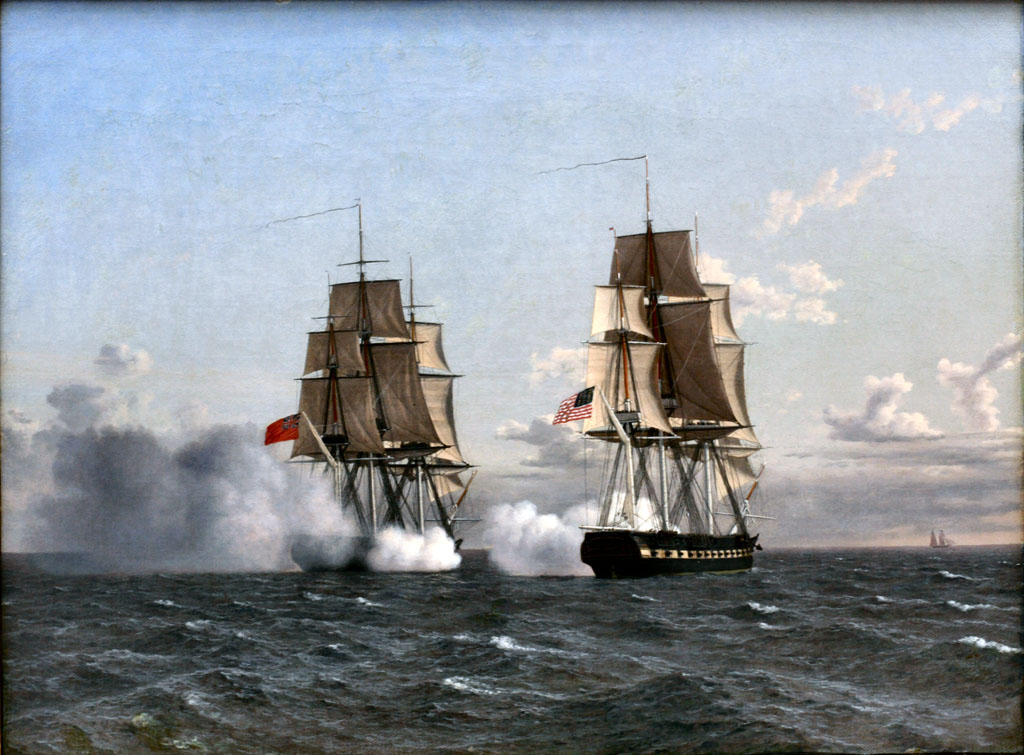 Why I Joined the Navy

When I began the third grade, the class made a weekly trip to the school library.  The first couple of weeks were spent learning about the library and how books were cataloged.  By the third week, students were expected to check out a book and read it.  Most of my classmates were searching for books with lots of pictures, large words and a low number of pages.  I was looking through the shelves for a book that interested me.  I found a book with an engraved picture of a sailing ship on the front.  I decided to check it out.  It missed all of my contemporaries’ criteria.  There were no pictures, the words were small and there were over a hundred pages.

The teacher was examining each student’s selection.  She took the book I had selected and told me that it was too advanced for a beginning reader.  I told her I wanted to try to read it.  She relented and permitted me to check it out.  She told me that she wanted a book report.

The name of the book was “John Paul Jones.”  It was a biography written for, I suspect, teenagers.  Almost from the beginning, I was transfixed by the story of Jones and the beginnings of the Navy.

I knew from the moment I finished that book the Navy was going to be my life.  During the ensuing years of waiting for age seventeen, I read, literally, hundreds of books about the Navy and about the sea.  I sailed with Horatio Hornblower, and Captain Aubrey.  I was at the Coral Sea, Midway and Savo Sound in the many books I read of WWII.  I learned knots, semaphore and Morse code in the Boy Scouts.  I made it known to my family and friends that the Navy was for me.

A month before my seventeenth birthday, I went to see the recruiter.  I was tested and taken for a physical. The paperwork was prepared and my mother signed permission.  I was offered the choice of Great Lakes or San Diego for recruit training.  I chose San Diego.  Since reading of the Navy’s war in the Pacific, I wanted to go as far west as possible.

I left Winston-Salem for Raleigh on my seventeenth birthday where I was sworn into the Navy.  The next day, I reached the Recruit Training Center, San Diego and began a thirty-year adventure that ended much too soon.

One thought on “Why I Joined the Navy”