“A Breath of Fresh Air” 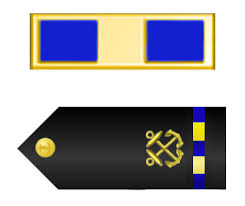 There were two Warrant Officers in an oiler out of Pearl Harbor.  Bud Jackson was a W-3 and the ship’s Bosun and Chris Clark was a W-3 Machinist, serving as the MPA.  These two officers shared a portside stateroom in the after deck house across the passage way from the Executive Officers office and stateroom and adjacent to a water tight door leading onto the 01 weather deck.

The new XO was a trade school graduate.  He was a brand new Commander and bitter because he was coming from an XO billet on a DE and instead of CO of a Destroyer, he was assigned to another XO tour of a tanker. He didn’t understand that officers with excellent ship handling abilities were assigned as tanker XO’s because of the limited experience of the Airdale officers often assigned to gain ship handling experience of large hulls. The XO had little regard for Warrant Officers and took an immediate dislike to Bosun Jackson.  Bud did very little to change the XO’s opinion of Warrants and himself in particular.

The XO loved planning meetings and he especially loved Officer and Chief meetings in the Wardroom.  Many afternoons were wasted crowded into the Wardroom while the XO harangued us regarding upcoming inspections, evolutions, and etc.  The XO loved POAM’s (Plan of Actions and Milestones). When we weren’t in a planning meeting, we were creating detailed POAM’s for his consumption.

Bud never missed an opportunity to irritate the XO.  The ship had anchored in Lahaina, Maui.  The morning we were departing; Bud was involved in bringing the forty-foot utility boats aboard.  It was a complicated evolution which meant using the booms to lift the boats, swing them inboard, turn them athwart ships and cradle them aft of the forward deckhouse.

As the Boatswains Mates were performing the evolution, the XO comes from the forward deckhouse, headed aft.  He stopped and started issuing orders to the winch operator and the men on deck.  When he arrived in the Wardroom, Bud was there having breakfast.  The XO says, “Mister Jackson, what are you doing here? I thought you were securing the boats.”  Jackson says, “You were doing such a good job XO since you had taken charge of the evolution, I decided to have breakfast. I was hungry.”

Another time, the XO asks Bud, “When are you going to get the port bulkhead painted, Mr. Jackson?”  Bud replies, “I’ll have to get back to you on that XO, I left my fuckin’ POAM in my other shirt.”

We were crowded into the wardroom for another interminable meeting.  I was sitting on the deck beside Bud, who was perusing a Playboy magazine.  Bud holds the centerfold up to me and said, “Chief would you eat this?”  The XO stops his diatribe, glares at Bud and exclaims, “Mr. Jackson, do you have something pertinent to add to the discussion?”  Bud says, “No XO”, holding up the magazine, “I was just checking with the Chief Cook to find out if this is edible.”

Another time, Bud came to me and asked if he could take his meals in the CPO Mess for a couple of weeks.  The other Chiefs were agreeable.  Many of us had known him before he became a Warrant. When I asked him why, he told me that he was barred from going into the Wardroom.  He had farted in the Wardroom in the XO’s presence and was summarily evicted for two weeks.

The ship had gotten underway from Subic after an extra-long weekend in port.  Everyone was a little under the weather.  Bud tells the story this way: “My gut wasn’t feeling good, probably ate some bad pussy or monkey in the barrio, so I decided to hit the rack early.  Chris (the Warrant Machinist) was already in the bottom bunk.  I stripped down to my skivvy shirt and boxers, grabbed the pipes to swing into the top bunk and shit all the way to my heels. Chris was covered in shit and it was running down my legs.  I grabbed my towel, went into the passageway and through the water tight door onto the 01 level, took off my skivvy’s, threw them over the side, wiped my ass with the t-shirt threw it over the side, cleaned the shit off my legs with the towel and threw it and my shower shoes over the side.  I came back through the WTD into the passageway, bare ass naked, just as the XO exited his stateroom.  He looked at me and says, ‘Mr. Jackson, I hope you have an explanation for this.’ I said yes sir, my stateroom smells like shit and I just stepped out for a breath of fresh air.”

This was in the day when Warrants were temporary grades and each Warrant had a permanent enlisted grade.  Bud was a permanent BMCM. He received orders to the Ammunition Depot at West Loch, Pearl Harbor and decided to revert to BMCM.  He told me, “Dave with the fitness report the XO gave me, I would probably have ended up as the head pier sweeper.

I lost track of Bud.  This is all true, but, I have changed the names here to protect the guilty.