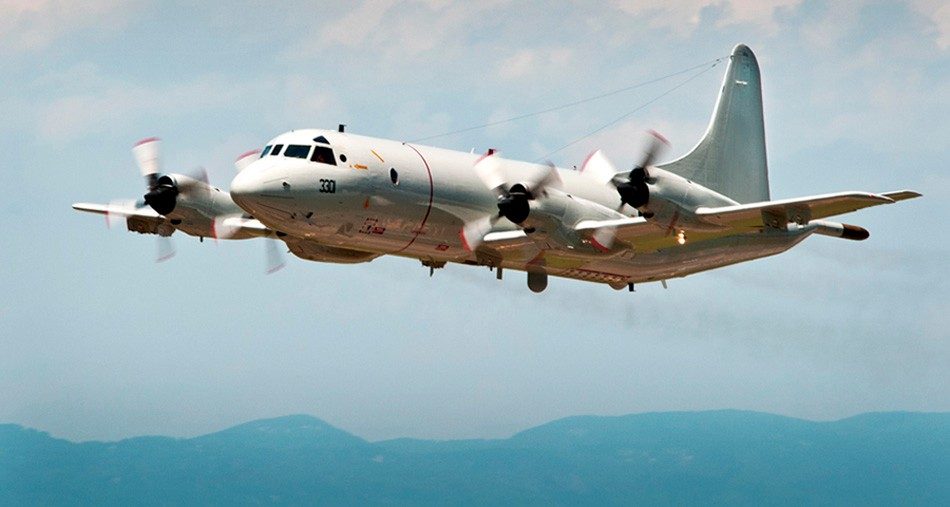 Reflecting on my 22+ year naval career, the tour of duty I remember most fondly is my three-year assignment from 1978-1981 with TG 168.1, PACFAST (Pacific Forward Area Support Team) Pearl Harbor, Hawaii.  PACFAST personnel were a diverse group, consisting of two civilians from NISC (Navy Intelligence Support Center) and a third civilian who was a NISC certified acoustic analyst under contract to Summit Research Corporation out of Virginia Beach, VA.  We had a Commander as the O-in-C and a LT. as his XO.  A STGCS was the command senior enlisted.  There were also two AW Chiefs, two AW1’s, an OT1 (me), and an assortment of Photographers Mates, Electronic Technicians, Intelligence Specialists, and a Yeoman.  We all meshed together into an effective team. We were about as tight a group as you could ever hope to work with.

Primary tasking for PACFAST was taking a first look at all acoustic intelligence collected by VP and surface ship acoustic intelligence gathering missions in the Pacific and Indian Oceans, and deciding what would be forwarded to NISC for further analysis.  Our secondary mission was providing support for VP-4 Special Projects, a specially equipped P-3B based at NAS Barbers Point, HI.  Several PACFAST personnel flew on every VP-4 mission.  The assigned acoustic analyst would either be an AW or me.  The other PACFAST team members would consist of Photographers Mates and Intelligent Specialists. The assigned PACFAST acoustic analyst would sit at sensor station 2, but instead of having an AQA-7V (which sensor station 1 utilized) he had a BQR-22, a submarine passive sonar signal detection and analysis system, and in my opinion one of the finest pieces of acoustic sensor equipment I ever worked with.

I was familiar with the P-3 Orion, having reported to PACFAST after completing a 30-month tour at PATWINGONEDET Kadena, Okinawa. During my three-year tour at PACFAST I accumulated hundreds of hours of flight time.  Every set of TAD orders read like a travelogue, and every mission I flew was memorable.   With Barbers Point, HI as the initial departure point we would fly to NAS Agana, Guam or NAS Cubi Point, PI.  From there we would fly to NAS Kadena, Okinawa for missions in WESTPAC, or to NAS Misawa, Japan for missions over the Bering Sea or the Sea of Japan.  On some missions we would depart Cubi Pt en route to Diego Garcia in the Indian Ocean, sometimes with a stopover in Bangkok, Thailand.   On one mission out of Diego Garcia we flew into Muscat, Oman, and stayed in a hotel that looked like a palace while the surrounding countryside was all mud huts, sand, and camels.  Another time we flew into a French air base in Djibouti, where wine was served with every meal and their toilet paper was much like our wax paper.  In preparation for that flight crew members who had been there before ensured that American toilet paper was part of our ready bag.  Orders I received for one mission included Kenya and the Seychelles as intermediate destinations, but unfortunately the aircraft went hard down in Cubi PT.  After three weeks of being grounded and no set repair date, I received word that my relief was on the way and I was to return to Hawaii.  That was a major disappointment.  Having grown up reading books about African safaris, visiting Kenya had long been a dream of mine.   As luck would have it, the aircraft became operational several days after I returned to Hawaii, and the mission continued without me.

It was absolutely thrilling every time we found a Soviet submarine on the surface.   I loved it!   To have those squiggly lines on paper I’d been analyzing for years personified by a dark, sleek, deadly-looking war machine was a feeling impossible to describe.   On a mission flying out of NAS Misawa, Japan over the Bering Sea, we were searching for an India class diesel submarine.  It was a beautiful day and we found it on the surface, with many of the sub’s crew on deck enjoying the sunshine.  One of our VP crew had the idea of attaching a green dye marker to the sonobuoy and dropping it near the sub to see what they would do.  We also added several snacks, cokes, and magazines.   We dropped the sonobuoy in proximity to the sub and watched as the India maneuvered to pick it up.  The sub was operating on top of the buoy, and the acoustic signature we were getting was fantastic!   Some of the crew on the sub pulled the buoy onto the deck with the hydrophone staying operational.   Up until the moment someone on the sub realized that the hydrophone may be “hot” and severed it from the buoy, we were recording conversation.  According to the Russian Linguist that was with us the conversation mostly consisted of thinking we were pretty good Americans to drop treats for them.

Some missions originating out of Misawa, Japan involved flying parameter patrols around the Sea of Japan.  At some point on our CPA to the Soviet coast and Vladivostok we would be met by Soviet MiGs, who would politely escort us out of the area while painting our aircraft with their fire control radar.  We always got the hint!

During August of 1980 we were flying out of Misawa when we received orders to relocate to Okinawa.  A Soviet Echo-class nuclear submarine had suffered an on-board catastrophe and was heading slowly back to Vladivostok on the surface.   We departed Misawa to search for the damaged sub and found her around 100 miles off the West coast of Okinawa.  The entire aft portion of the sub had obviously suffered a horrific fire.  There were several body bags laid out on deck with crewmembers standing watch over them.   It was a sobering sight.  Several Russian families were going to bury loved ones when the submarine made it back to port.

Another time we were flying out of Diego Garcia, searching for a Victor SSN that was in transient through the Indian Ocean.   We found the Victor on the surface before it spotted us and dove.  While flying in circles monitoring the sonobuoy pattern we had dropped we managed to fly smack into the middle of a Soviet task force out with their new carrier on sea trials.  Our plane was lit up by the fire control radar on every ship!  My pucker factor didn’t relax until we were safely back on the deck at Diego Garcia!

The three years of my PACFAST tour was a rough time for the VP community.  On 17 April 1980 a P-3 on a dog and pony show struck a tram wire in Pago Pago.  For some reason the pilot decided he would fly under it, but caught the aircraft tail on the tram wire and went nose first into the ground.  In June 1979 a P-3 departed Cubi PT early one morning, only to have to ditch in the ocean after an engine failure and fire.  I had a good friend that was assigned to the Cubi PT Tactical Support Center and was manifested to be on that flight.  By the grace of God, he couldn’t make it and wasn’t aboard when it went down.  In October 1978 another good friend had only recently reported aboard TSC Adak and was taking his first flight on a P-3.  While over the Northern Pacific the aircraft had a runaway engine and fire.  The pilot declared an emergency and ordered the crew to prepare to ditch.  The pilot was exceptional, managing to land the plane on the turbulent ocean surface flat enough to keep it afloat for a few minutes, allowing all but one crew member to exit the sinking aircraft.  According to some reports I heard my buddy was the last man out before it went under.  The AW3 who made sure Gary got out did not make it. The skipper, having climbed on top the fuselage over the exits in order to count heads and ensure his entire crew made it out, could not reach a raft after the plane sank and was lost.  The remaining crew members, three which died while on the raft, were adrift 12 long hours on stormy seas before being rescued by a Soviet trawler.  Out of the 15-man crew, ten were rescued.  When the ship reached Petropavlovsk they were flown to a hospital, and after two weeks as guests of the Soviet Union they were flown to Japan.  A book, written by a former Commanding Officer of VP-19 detailing the events of this flight, was published in 2003 titled “Adak – The Rescue of Alfa Foxtrot 586”.

Not long after that I was on a mission that took us to Adak, and I had the opportunity to visit with my buddy.  It was obvious that the experience had been a life changer for him. Not only was that his first flight on a P-3, it was also his last!

Towards the end of my PACFAST tour my last mission with VP-4 was a Pony Express Ops exercise, which was to monitor a Soviet missile shot from the Kamchatka Peninsula into the central Pacific.  For that mission we staged to Midway Island.  I had done a tour at NAVFAC Midway and it was interesting to see it again twelve years later.  The NAVFAC had closed; all that was left was a huge antenna on the beach behind what used to be the Operations Building.  The gooney birds were still there and just as entertaining as ever.   The beaches were as pristine as I remembered, and bicycles were still the main mode of transportation around the island.  From an operational standpoint the mission was a bust, but upon landing after one long flight I was met on the ramp with very good news.  Word had been passed to the Midway detachment from the PACFAST CO that I had been selected for advancement to Chief Petty Officer.  My crewmates had helpfully attached an eight-foot length of P-3 nose tie-down chain to my log book to ensure that I wouldn’t lose it.  I really appreciated that!

I had some great duty stations during my career including Keflavik, two tours at Adak, two tours at CNFJ, and being the first OT at TSC Kadena.  I can honestly say that my PACFAST tour was truly the highlight of my career.  The analysis equipment we had to play with was the newest and most state of the art equipment available at the time.  Every man I worked with was an expert in his field and a true professional.  The friendships I made then are friendships that remain active today.  I don’t know where I found the time to do so, but I also attended off duty classes and earned a BS in Business Administration degree through Hawaii Pacific University.

After retiring from the Navy at the end of 1986 I was hired by Summit Research Corporation, and upon earning NISC Acoustic Analyst certification I returned to PACFAST as the civilian contractor acoustic analyst.   It was like coming home!
A native of New Mexico, Jerry says his claim to fame was being born in Roswell, the UFO capital of the world, and in fact has met several Aliens after imbibing several quarts of Rocky Mountain Spring Water.   Joining the Navy after graduating from high school in 1964, Jerry had a rewarding and adventurous Navy career prior to retiring as a Chief Petty Officer in 1986.  Now fully retired from the work force, he is enjoying catching up on his reading and taking advantage of the hunting and fishing opportunities in West Virginia, where he resides with his Japanese bride of 44 years.