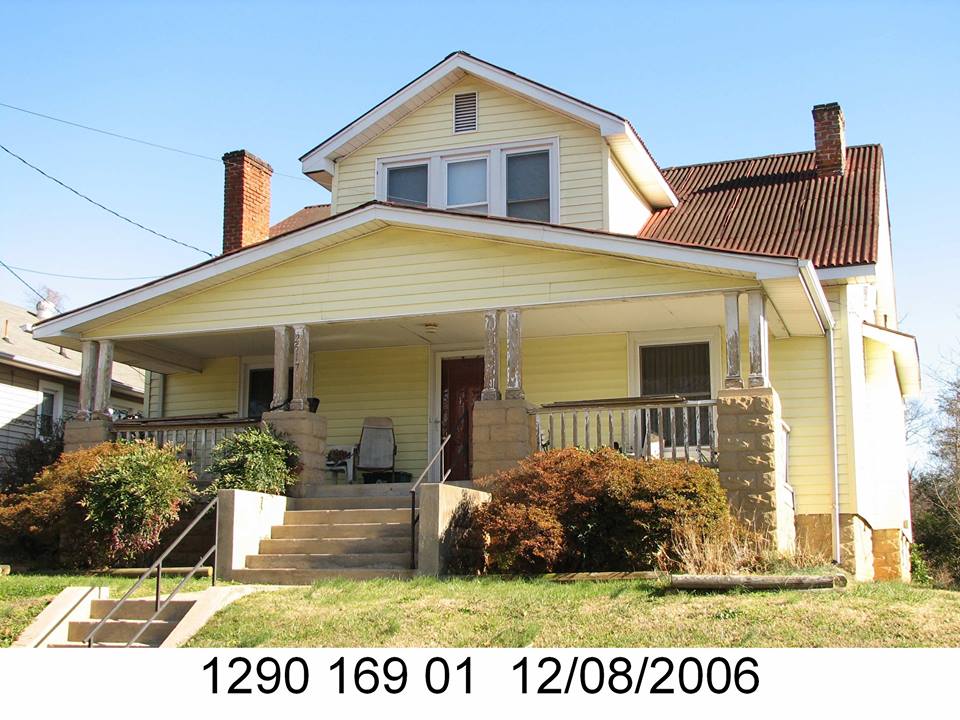 Hello everyone, I am known as the big yellow house. I was built in 1925 and was home to a gentleman and his family until his death. I was the largest house in the neighborhood and everyone knew me for a landmark.

My last owner was a sweet young widow named Maude, she purchased me in 1959. Her husband had passed away at a very young age and she had four little boys. I was excited when she bought me and hoped that she would stay forever. Aunt Florence was also a fixture in the home helping Maude with the boys as well as Maude’s two close friends Coleen and Annie. Maude worked third shift at the hospital, she was a recovery room nurse. She was a sweet gentle woman who loved her family very much. She also kept her boys in line. They were taken to church every Sunday and went to school and rarely got away with anything.

Oh the growing up years for those boys was so much fun. My walls echoed with the laughter and giggles and shenanigans of those boys. Christmas was always a big event and the boys always got money from their Aunt Lillian and they would spend hours on their tummies in the dining room pouring over a Sears catalog deciding what they would buy. They played well together and fought as boys will but in the end they were a band of brothers. Maude loved to have the whole family gathered around her table and listen to the laughter as they enjoyed her cooking.

As years went by the boys grew up and married; Jack and Vera even took their vows in my living room and had their reception in my grand dining room. Some of the boys moved out on their own, but the holidays everyone flocked to my walls to be with each other and Maude. Even as she lost her vision, Maude still cooked. She told her daughter in law once “I love to hear my boys all here laughing and talking” and oh so did I. Later on my walls were echoing with the boys and their wives, some of them had children and once again the little ones were running through the house squealing and giggling. Oh my, the years seemed to fly and now there were great grand babies coming in and once again the cries of babies and the cooing of those who adored them.

As Maude and I grew old together, she repaired me as best she could and the boys came back and caulked me up and fixed my plumbing and held me together. There were many quiet days and nights now. Maude and I listen to the old TV shows on Hallmark like Little House on the Prairie.  She said they were new to her as she was working when they were weekly shows. They sure were new to me. Once a month Maude hosted her church circle meeting and we enjoyed that. But the days were getting long and I could tell Maude was getting tired. I think she and I sat there a lot remembering the days gone by.

Maude started going to the hospital a lot and I worried seems the stays got longer and longer. Her sons would drop by to pick up more pajamas or bed jackets I was getting worried.

Then it happened one day all the family came to the house and I knew by the talk my sweet Maude was gone she had passed and I wanted to cry. I listened as they cleaned out her belongings and as my walls began to echo with just words; no little boys, no babies, just words. So now after 55 years I am yet just a shell, missing Maude, missing the boys, and longing for the laughter of another family to return to my walls.

You see I have a soul I have a heart; it is the family that resides within my walls. I am more than a building I am home, I am comfort, I am solace, I am shelter, I am warmth, and I am joy. I am now a memory to all that resided inside my walls. I am so much more than the Big Yellow House.

Vera Guthrie was born in 1961 the youngest of 5 children. Her first twelve years was lived on tobacco farms. She has always felt lucky that she grew up in an era where imagination was your best toy. Her mother taught her the joy of a good book and they often had deep discussions about what they were reading. After graduating High School with honors Vera worked twenty-five years in banking and finance. Vera is now employed with a nonprofit organization that provides assistance to Senior Citizens regarding financial issues and aging. She is married to Jack and they have a dog Chewie and two cats Earnie and Loucie. Jack and Vera are both deeply involved in the arts. Jack is a wood worker and Vera enjoys all mediums of art from metal work (pewter), jewelry making, flower arranging, and acrylics. In times of depression is when her writing comes to her. She is more apt to gravitate towards a blank journal when shopping. Her mother once told her “there is more power in the written word” and that is her mantra.