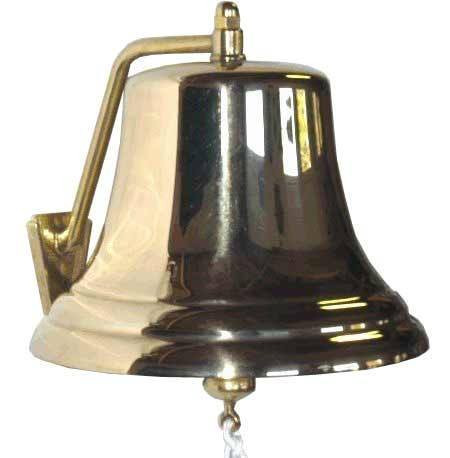 A good friend and shipmate recently passed.  Willie was the leading BT in Morton when I made Chief. He welcomed me to the mess and was something of a mentor as I experienced the change in status from First Class Petty Officer to Chief Petty Officer.  Shortly after Morton returned to Pearl from WestPac, Willie invited me to his house for dinner and drinks.  I noticed a brass plaque about one-foot square (It may have been larger, my memory isn’t what it was) hanging on one wall along with some ships plaques and other Navy memorabilia.  As close as I can recall the wording, there was something about a type of boiler and manufactured by Westinghouse.

I asked Willie, “What’s the story behind this plaque.”

He said, “I was a BTFN on the USS Fletcher DD-445. That plaque was on one of the boilers and I had to shine it every fucking morning until I made Third Class. When they decommissioned Fletcher, I took that off the boiler, brought it home and hung it on that wall.  I am going to sit here and watch while that mother fucker turns green.”

Thinking about Willie and that incident got me to wondering how many hours I spent shining the ship’s bell and other bright work.  Traditionally, the Ship’s Cook shined the ships bell.  This was a tradition that was adhered to in Vesuvius. Before quarters each morning, I either trooped up to the bridge or to the Quarterdeck when the ship was inport to shine the bell. On a few of the ships I served in, the Quartermasters reciprocated by making the first pot of coffee in the morning.  This is another tradition that has gone the way of the flat hat.  The last three ships I served in didn’t require the cooks to shine the bell.

Tradition aside, there was enough copper and brass on the ships to keep an Executive Officer in a permanent state of pissed off because it didn’t shine up to his standards.  The first FF I served in had unlagged and unpainted water lines in the copper pits (the place where the steam jacketed kettles were located) and under the sinks.  I stayed on the cooks’ asses to keep them gleaming just to keep the Division Officer and XO off mine.  On the second FF, someone had painted over all those copper lines.  Saved the cooks and me a lot of grief.

When I was in Morton there were a number of plaques on the starboard bulkhead of the mess decks.  One was a solid brass plaque that the XO always commented on if it wasn’t shining when he did his messing and berthing inspection. It was a DesRon Eleven Plaque.  The squadron motto of “On the Way” was prominent on the plaque.  Sometime in the past, an HT with time on his hands had changed the motto to “In the Way.”  The XO never commented which leads me to believe that he never really saw the plaque, just the shine.

The tanker I served in had four ports in the Galley.   They were brass and had to be shined.  I was in that ship when the Steward and Commissaryman ratings were compressed into the Mess Management Specialist.  As the leading MS, I inherited all the brass ports in the officers’ staterooms.  Brasso flowed by the gallon just to keep the XO happy.

Then, of course, there were the brass fire nozzles.  Supposed to be wire brushed instead of shined.  The Brasso would clog the spray nozzles.  I was in an Ocean Going Tug (ATA) and because of the small size of the ship, fire nozzles turned green overnight.  The Damage Controlman was constantly wire brushing the damned things.  He came up with a solution.  Condoms!  Stretch a condom over the fire nozzle and it was free of the constant salt spray.  If the nozzle had to be used, the pressure of the water would blow the condom off.

Since the ship didn’t have a Disbursing Officer or Ship’s Store, the XO controlled a fund granted by TYCOM for incidental purchases.  We were in Subic and DC2 got money from the XO to buy one hundred forty-four rubbers.  I was in the Spanish Gate Exchange when the DC came in.  He stood around for a couple of minutes and said, “I can’t go ask the young female cashier for rubbers.”

I looked.  There was a pretty young Filipina at the counter.  I told him, “Give me the money, I’ll get them for you.  How many do you want?”

“One hundred forty-four,” he replied.

I went to the counter and told the girl how many rubbers I wanted.  She said, “I will have to go to the back to get them.”

I was waiting by the counter when I noticed four girls looking out of the door from the back room at me, among them, was the cashier pointing at me.  She brought me the rubbers and I paid her and delivered them to the DC2 in the restaurant.

The next day, I went into the Exchange for something.  There were two girls behind the counter.  They were giggling and watching me.  I knew they were talking about my purchase from the previous day.  I took my purchases to the counter and she rang them into the register.  I said, “Oh yeah, give me six condoms.  I ran short yesterday.”

I can still see the expression of incredulity on her face.  Thinking about it later, I should have asked her for a date.

But to get back to shining bright work, I had a small amount of bright work compared to the snipes.  Turn your back on a can of Brasso or Never Dull when there was a snipe in the vicinity and you would suddenly be without.  I swear the snipes used more bug juice cleaning and shining stuff in the hole than I did preparing beverages for meals.  The few times I had to go in the pit, everything always looked neat, shiny, and clean.

I have often wondered how much money was spent annually by the Navy keeping the bright work shiny and pretty during the thirty years I served.