USS Halsey CG-23, WESTPAC 91-92. Made a port visit to Subic on the way to the Gulf, this visit was after the eruption of Mt. Pinatubo and during the workings of the base closure. We were not allowed to leave the base. Some areas of the base still functioned. The Navy Exchange (pretty much a ‘liquidation’ sale type deal), a few food joints, base club, etc. 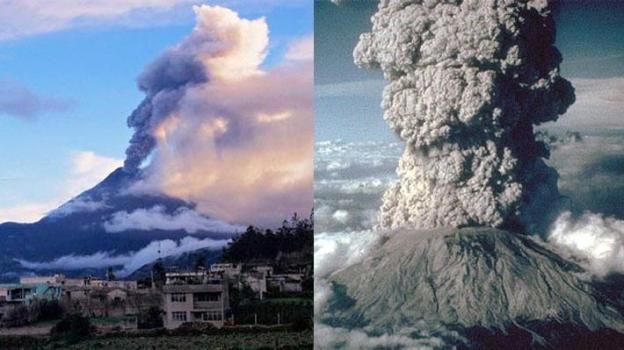 Getting around the joint was a crapshoot, the base taxis (remember those shitty little white Isuzu I-Marks?) were idle unless someone volunteered to drive ’em. There were mounds of volcanic ash everywhere, the maintenance shops were shuttered.

A few native vendors were still on site, hawking bamboo furniture and WESTPAC jackets and such, but not much more. Pretty dismal, actually. I picked up a matching ‘his & hers’ set of jackets, and a cool San Magoo mug.

At one point during the few days we were there, I found myself looking through the fence across that notoriously putrid river at Olongapo, picking through my memory bank of the fun, the debauchery, the seemingly endless supply of San Magoo’s and MOJO and Green Bullfrog, and the caramelized skin of those warm little sweeties…I may have actually shed a tear that day, knowing that when we pulled out of port, we would never return. The day the ship got underway, the crew was solemn, other than the barking over the 1MC and the chatter of the 2JV down in engineering, things were strangely quiet.

During the return trip from the Gulf, we passed Grande Island. The base was by now closed, no US ships remained. I stood on the fantail having just gotten off watch, along with probably every other individual not on watch. The port side of that cruiser was lined with people. As we passed the Island, without any fanfare or orders from the bridge, practically everyone popped tall, saluted, then placed our covers over our hearts, knowing that decades of a Naval tradition was no longer. Almost akin to a burial at sea, only the ceremony detail was sharply attired in grungy 2190 soaked dungarees.

The memories of Subic Bay that I have will never wither away. B-52 Club, Cordon Bleu, Tigers Den. The Shakey’s Pizza joint a quarter way up Magsaysay on the left side. The grizzled old toothless woman selling black market Marlboro’s on that famous bridge. Getting one’s butt kicked by a seven-year-old pool shark. Trike races to the Barrio in ankle deep mud (long before that road was paved). Showing up at the Iron Horse in the Barrio, somehow Mamasan knew exactly when you would be there, and she’d have a plate loaded with lumpia and a huge mound of shrimp fried rice and a couple of cold one’s waiting for you. A rousing game of smiles at Marilyns. White Castle ‘n Sprites. Dancing baluts on the table while a bunch of tough guy Marines stare at you with contempt, then biting the heads off and wind up in a brawl. River Queens and her minions diving for pesos in Shit River, before they put up that twelve-foot steel wall. Subic City, the complete adult Disneyland, where everything goes (and stayed). Scarfing down a fistful of BBQ of questionable origin while staggering back to the ship to hopefully grab an hour or two of shuteye before quarters, swearing on a stack of Bibles that after the day’s chores it was nothing but sleep that evening, yet back to the fun you went instead.

I swear, there will never be any place on God’s green Earth that will compare to Subic Bay in it’s heyday. Those of us who were fortunate enough to be a part of it’s history are to be revered. Those who have not pulled a liberty in this paradise, including today’s Naval warriors, should bask in the glory of the true Asia Sailor, for you have no idea what fun really is.

My Last time in Subic:

It doesn’t seem so long ago that I crossed that bridge for the first time. It was 1962. A couple of hours at the club to get a buzz on before you hit the gate and crossed the infamous “Shit River Bridge.” Your shipmates had told you about Olongapo and the one peso beer and the four peso short times. You halfway believed them. You really wanted to believe them. But could it be that easy? They were right about liberty in Sasebo and Yokosuka. There was no way liberty in Subic could be better than Sasebo.

Stopped at the on base money changer. The exchange rate was P3.85 to one US dollar. Supposedly you could get a better rate from the money changers across the river, but a lot of guys had been burned with worthless Japanese occupation Pesos. Better safe than sorry.

With almost forty P’s tucked into the inside pocket of my white jumper, My watch in my pocket. (I had heard about the watch snatchers.) I headed for the gate only to be blocked by Marine Private brandishing a billy club. He looked my uniform over, told me to square my white hat and asked how many packs of smokes was I carrying? After he had been satisfied that I was squared away and wasn’t going to wreck the Philippine economy with black market cigarettes, he motioned for me to pass. I walked to the edge of the bridge to wait for my shipmates.

Suddenly I was hit with a god awful smell. Something like the combination of a leather tannery, a paper mill, a landfill, and an overflowing shitter. It was all I could do to keep from gagging. I surmised that it was the odor of the much talked about Shit River. They had damned sure named the son of a bitch correctly. After a few moments, my friends satisfied the Marine Corps and joined me. As we walked across, we looked at the boys in the water begging for sailors to throw coins, wondering why they still lived after swimming in that black viscous liquid.

The tales about the delights of Olongapo proved true. It became a looked forward to port of call on many WestPac cruises. Of course, there were other ports, the aforementioned Sasebo and Yokosuka in Japan and later Hong Kong, Kaohsiung, and Keelung. They were all sailor towns and catered to the American sailor.

As the Vietnam War dragged on, the economy of Japan and Hong Kong improved, and they became less enjoyable and more expensive than in the past. New liberty ports were discovered in Singapore and a small fishing village in Thailand known as Pattaya. All these ports were welcome interludes in the endless hours of flight operations, plane guard, gunfire support, constant rearming and refueling. The cold drinks and the warm, willing women healed us and maintained our sanity.

Viet Nam ended only to be replaced with Indian Ocean cruises. A stop at Subic on the way into the IO, if lucky, a stop in Freemantle/Perth on the way out and, of course, Subic.

The one port, the one city that became the Asia Sailor’s Mecca was just across that bridge. Olongapo and onward to the much more debauched, if that is possible, Barrio and Subic City became the one liberty port that I looked forward to over all others. I guess one of the best descriptions I have ever heard is, “Big Boy’s Disneyland.” I could do and did shit in Subic that they would put my ass in jail for in Oklahoma City. Am I proud of all that I did there? No. Am I ashamed of some things that I did there? Probably should be, but I just can’t find it.

Twenty-five years, eight Seventh Fleet ships and numerous trips across that bridge passed until I made the last trip across. It was 1987. That time it was in a Special Service’s van to Clark AFB to catch a flight to Japan and on to Hawaii for my twilight tour before retiring.

Sometimes when I am walking my dog in the mornings, I will see one of my young Filipina neighbors walking to the bus stop and catch the odor of a Filipino mother cooking their breakfast, and it flashes me back to a morning in the past and wish I could go back, Just One More Fucking Time!