Back in the day, you know when we were wet behind the ears teenage sailors manning a fleet of ships worn out from fighting WWII and the Korean wars, trying and succeeding in keeping them steaming off the coast of Vietnam, a place that we had only recently heard of, the Naval Supply System was a little ragged around the edges. It was run by a bunch of shore duty pukes and civilians who acted as if the cost of anything they issued to an afloat unit came directly from their pockets. 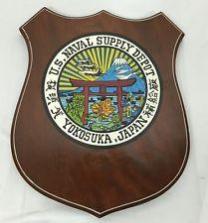 The major point of supply was either a Supply Center or a Supply Depot. These entities required properly completed and signed invoices for items that weren’t in stock. When you tried to walk a requisition through for the butter that had been NIS’d on yesterday’s delivery, yet you had just seen the butter in their reefer when you surreptitiously toured that it and were told it was not in stock because they were saving the butter for the shore duty galleys, the Officer’s Club, or the Flagship.

Is it any wonder fleet sailors were watched with a jaundiced eye when they neared anything that wasn’t welded to the deck or pier? It wasn’t uncommon to see a Yeoman strolling up the gangway with a box of typing paper that he had liberated from a pallet of stores meant for the ship that would soon tie up outboard.

I once talked a yardbird with a forklift into moving a pallet of food items from an empty berth to the foot of my ship’s gangway and had the items struck below by the time the other ship arrived. I was even gracious enough to loan their Chief Cook some of his own items while he sorted out his supply problems with NSD.

I remember snipes returning from a tender with pockets loaded down with so much metal that they clanked when they walked. They stole stuff that they had no idea what it was used for…why they needed it… it was just there.

Snipes learned that they could steal anything within thirty feet of a dude wearing a welder’s mask. I had a cook striker come into the mess decks with an oxy acetylene regulator valve. I asked him where he got it and what was he going to do with it. He told me he stole it from a shop on the Prairie and figured the Shipfitters could use it. I have had crewmembers bring me can openers, knives, cutting boards and other galley accoutrements because it was there and they thought I might be able to use it. 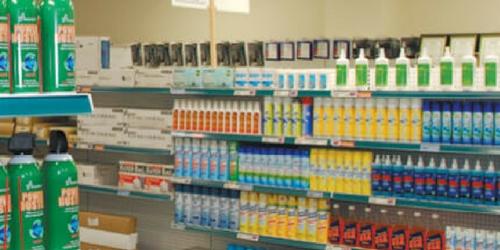 Supply Officers hated ServeMart. A ServeMart chit was a sailor’s invitation to steal. You were given a requisition for money value only. You then went into the ServeMart with a shopping cart and chose items up to the money value of the requisition. Many a Blue Jacket’s personal tool box was stocked with tools from your local ServeMart.

I was in one ship where the air conditioning was extremely poor. It was tantamount to sleeping in a Sauna. A substantial air conditioning unit was dropped on the pier for a ship that was due in that day. Because of an emergency, the other ship would be a couple days late in arriving. By the time they tied up, said AC unit was firmly installed providing cool air to the Supply and Snipes berthing. The exterior of the unit was properly distressed, you know, banged, scratched, and repainted. As far as any of us knew, it had been there forever.

This was all long ago, in a different Navy. A long time ago when the Earth was young and so were we. They were great times because we beat the system and kept our old worn out ships at sea and out on the gunline.

I am proud to have been a small, insignificant part of it, to have had the honor of serving in ships with proud histories. These days you couldn’t duplicate our life, it’s gone and won’t be coming back. Today’s sailors can’t miss what they have never known.

Damn! It was a great time to be alive. Nineteen years old and a part of the world’s greatest Navy. Saltwater Buccaneers! It was one big sea going, “Hole in the Wall” gang.

8 thoughts on “The Naval Supply Systems”