The Ship is Life 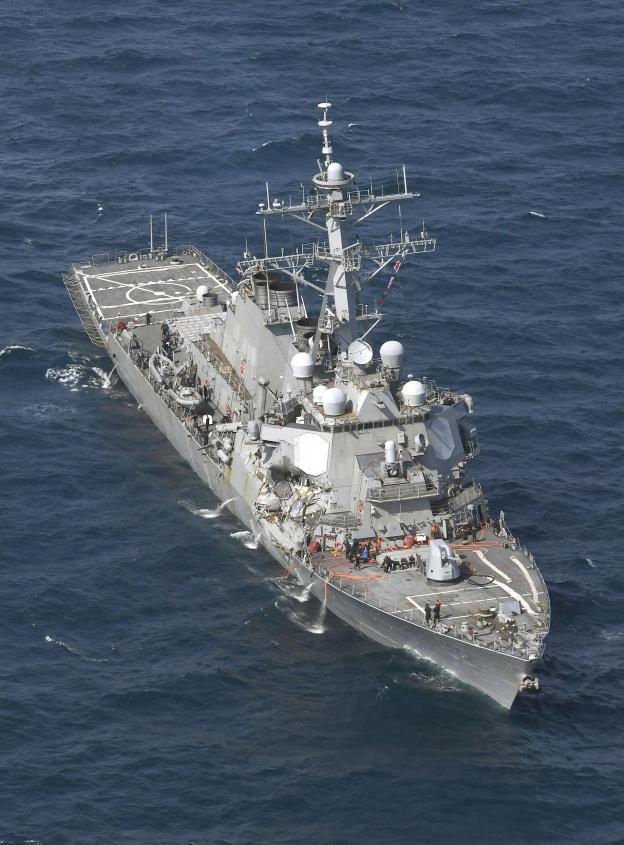 I am seeing a lot of posts about USS Fitzgerald. There is a whole story here that is being missed concerning the entire crew. So I am posting this so you folks who have never sailed the seas on an American warship get an idea of what it is like. We laugh and joke about the antics of sailors in seaports across the globe. It’s not fun and games when a ship is underway. One of the tightest bonds in the military is that of a ships crew. When you’re on a ship in the vast never ending ocean it’s just you, the rest of the crew and the ship. The ship is life.

Day to day everyone aboard that ship has a job. Be it preparing food to feed the crew, maintaining weapons systems or keeping the propulsion system running in good order. Its a 24/7 function.

As everyone goes through the days and nights performing the various jobs, they run drills. There is constant drilling for every scenario imaginable at sea. You drill for combat, be it offensive or the ships defense. You drill for fires. A fire on board a ship in the middle of the ocean is the worse possible scenario due to the extremely dangerous materials that ship is carrying. The ship is life. You drill for collisions at sea where the ship takes on water and you have to isolate the compartments or stop the water from flooding in. The ship is life.

During these drills, everyone has an assigned place or they are assigned to a damage control team. Every sailor on board a Navy warship is trained to save the ship, because the ship is life.

In the case of the Fitzgerald, the majority of the crew was asleep when the collision occurred. Imagine being abruptly awoken from the impact. From drilling so much, you already know that the General Quarters alarm is coming so you are already getting your shit together and you are on your way to your station (I am talking a time frame of seconds). The damage control teams are gathering equipment. The situation is being assessed as the ship closes down all passageways and hatches to isolate damage or fires so it doesn’t spread because the ship is life. The hull has been breached and water is flooding in. A DC team is there trying to shore up the hole as they have been trained to do. The water won’t stop coming in. Those compartments have to be sealed before the water spreads to the rest of the ship because the ship is life.

Imagine finding out or knowing that some of your crewmates were sealed in those compartments and living with that knowledge the rest of your life. There is no fault on the part of the crew that performed as expected from constant drilling at sea. The ship is life. By saving the ship they saved the rest of the crew.

I hope this helps some of you understand how dangerous the sea is and how decisions have to be made in an instant.

My prayers are with the families of the lost crew and with the crew that saved the ship.