Davy (Garland) is under the weather. I guess you all know that he looks as if he got into a knife fight and all he brought to the fight was his nose. Anyway, he has asked me to write something for “Tales of an Asia Sailor.” So here goes!

An old Chief once told me that SC doesn’t mean Ship’s Cook, it means Ship’s Chemist. They can turn edible food into shit without passing it through the human body first.

Selections from the Salad Bar

Now that sounds good, doesn’t it? Almost make you delay going on liberty to eat aboard. Don’t! You will fare better from the Roach Coach. Here is what you really get:

The Beef Barley Soup looks and tastes as if it had been dipped from a mud hole. 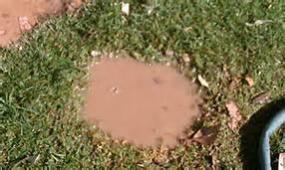 The crackers have been dropped and crushed so many times that the menu should read “Cracker crumbs and dust.”

That brownish/black hunk that the cook striker is sawing on with a dull knife may have once been beef. I can’t really think of anything to describe its appearance after the cooks’ finish with it. The same stuff that the Boiler Monkeys are devouring with gusto.

The gravy is a shade of color that might be brown and has the consistency of ninety weight gear oil if gear oil had flour lumps. The gear oil would probably taste better.

That glob of yellowish grainy crap that the mess cook dumps alongside your Savory whatever-it-is in no way resembles anything that was ever known as a “tater.”

The green stuff with the yellow squares of cheese melted on it might have once been broccoli but then it may be something that grew inside the potato peeler since they stopped using it to peel taters and went to using that powdered shit.

You think, “Corn, well at least they can’t fuck up corn.” All they have to do is open the can. Wrong again. Somebody has chopped up pimentos and put them in the corn. The stewburner says it adds color to the dish. Ain’t yellow a color? Raise your hand if you like pimentos. Yeah, that’s what I thought.

A pan of olives, some pieces of lettuce, and a can of that Salad Dressing shit that the Navy thinks is mayonnaise completes the salad bar.

Change the “Hot” Dinner Rolls to cold, stale squashed dinner rolls that the Jack of the Dust found buried under the milk as he was straightening up the reefer. The assorted bread means you have a choice between the stale end pieces or the stale middle slices.

The Chocolate Layer cake becomes Thrice Dropped Chocolate Layer Cake because that is how many times the Crank who carried it from the reefer decks either dropped or threw it.

Coffee: Leftover from lunch. Waiting on Jack of the Dust to break out a can of coffee grounds to make a fresh pot. Someone, probably a Boiler Monkey, stole the can that was in the galley.

Tea: There are some tea bags around somewhere, I think I saw them last week.

Milk: Boy this shit is turning. You gotta to hold your nose to drink it. Still better than the powdered shit.

There you go Davy, how’s that? Just let me know when you want me to write something more.