My neighbors are putting up Halloween decorations and all the stores stocking great displays of tooth rotting candy to placate the little goblins bring back memories of a couple of Halloweens where I grew up in Western North Carolina. Halloween in the country in the fifties was a little different.

The road I lived on was dirt and gravel until 1958. It was about a mile and a half long and ran from NC 411 to NC 66. There was a total of eight occupied houses, one antebellum log house without a roof, various stock barns and two tobacco curing barns along its length. If a kid were of a mind to go Trick or Treating all he would get was an apple at the Vanhoy sister’s house. Everybody had apple trees. We were burned out on apples by the time Halloween came around.

Besides, being pre-television farm country, most people went to bed at sunset and were up and had the cows milked by sunrise. Just about everyone had a pack of free range dogs who would raise hell if one put a foot on their property. Most dogs would just raise a ruckus, but some folks had dogs that would bite. Which brings to mind my grandmother’s Blue Tick Hound, appropriately named Blue. Blue would bite anyone except my grandmother. She would baby talk to him, and he would wag his tail and act like a little puppy. My uncle used to say that Blue was “so God Damned mean that he was afraid to go to sleep. He feared might wake up and bite himself.”

My grandmother lived in a three room house. One room was originally a log cabin (BTW it is still standing) built in 1825. Two other frame rooms had been added. The kitchen was on one end and the log cabin room on the other end. Each room had a front and back door. Blue was usually on the porch in front of the door of the room containing my grandmother. When my grandmother went to work at the hosiery mill, Blue would sleep in the driveway. My uncle Frank had just gotten his first car and came home one afternoon while Blue was napping in the drive. He blew the horn and yelled for Blue to move. Blue just looked at him and went back to sleep. He jumped out of the car and yelled, “Blue, you son of a bitch, I’m gonna kick the shit out of you.”

Blue had a different idea. He came up off the ground with a growl and grabbed a pants leg in his mouth and ripped it half off. Frank in fear of his life, scrambled for the car, dropping his keys as he did so. Blue went back to his bed and went back to sleep. Every time Frank tried to get out to get his keys, Blue would jump up and growl. He spent the entire afternoon in his car waiting for my grandmother to come home.

The only people on my street that didn’t have dogs were the Vanhoy sisters and Mr. McCandless. Mr. McCandless lived in the first house off 411. He farmed a little but primarily raised ducks which he sold to a butcher in town. He refused to keep any dogs because he was afraid they would kill the ducks or suck the eggs. Mr. McCandless was a crotchety old fellow whom we used to torment. In the spring and fall, we would walk to school instead of take the bus. Mr. McCandless would be on his porch reading his paper. We would stop out of his sight and pass his house one at a time.

He would look over his paper and reply, “Good morning boy.”

He would lower the paper a little more forcefully and say, “Good morning” In a gruff tone.

And so on with a third and fourth boy and each reply to the “Good morning” getting gruffer and louder. About the time the fifth boy offered him a good morning, he would jump up, stomp around, throw the newspaper and yell, “Good morning, God dammit, Good morning!”

It was the fall of fifty-five or fifty-six, a few days before Halloween. The four of us that usually ran together, Junior, Bobby, Joe, and I were walking home from school when Mr. McCandless accosted us in front of his house. He was carrying a double-barreled shotgun. 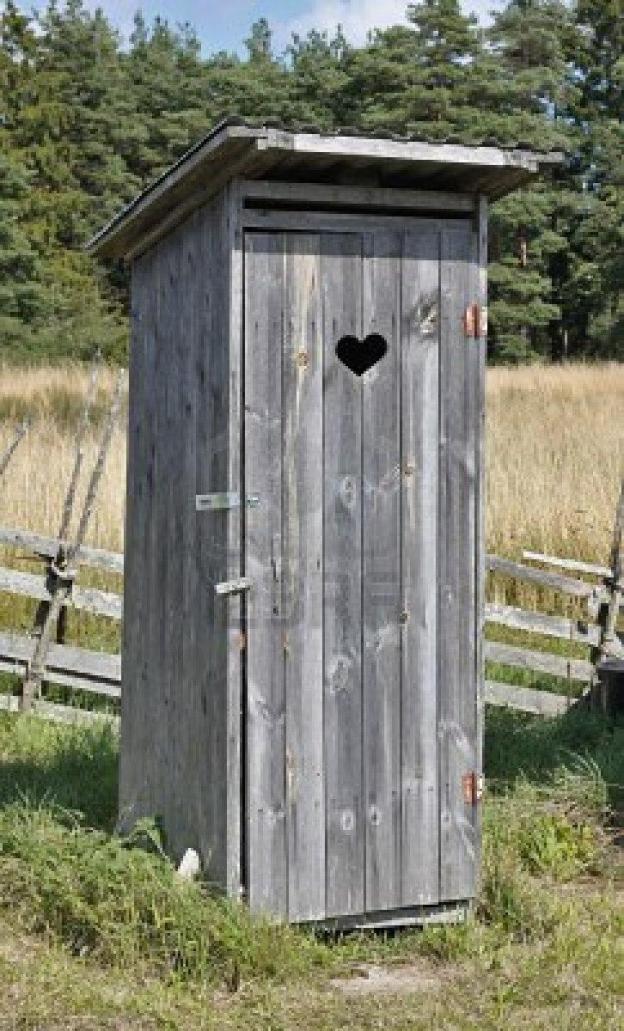 We assured him that it wasn’t us who turned his toilet over the previous year. But he had thrown down the gauntlet. Now we had to do something. We had a stock of cherry bombs, and M-80’s that we were saving for New Years, but decided now would be the appropriate time to use them.

We snuck through the woods and came up behind the shithouse. Junior threw a couple of rocks against the outhouse to ascertain if he was actually in there. He hollered, “I told you,” and stuck the shotgun out the door and fired it.

Joe had the deepest voice and yelled, “Come out of that shithouse with your hands in the air or we will shoot.”

We started lighting the bombs and throwing them around the toilet.

Mr. McCandless yelled, “Git away from my shithouse,” and discharged both barrels through the door.

Mrs. McCandless, thinking that the old man was involved in a gunfight, yelled out the back door, “Herman, I called the Sheriff, stay in the toilet till he gits here.”

Hearing that, we all ran off through the woods. By the time the deputy sheriff arrived we were safe in the old barn across the road from my house. The sheriff picked up a group of boys from across the railroad tracks. They were on their way to turn the McCandless outhouse over. It seems they had been the culprits the previous year.

The other Halloween that stands out in my mind was the year before my dad died. Four sisters lived about a quarter mile down the road about a quarter mile from our house. Their last name was Rising. Most everyone referred to them as the Rising girls. I halfway had a crush on and lusted after one of them, but that is a story for another time. They went to a different school than we did. The demarcation line between two school districts ran between our houses. Our school bus came in from 411 and turned around at our drive. Their school bus came in from 66 and turned around in their yard.

Their mother owned all the land across the road, including the old log barn across from my house. We had used it for our cows for a while when Hurricane Hazel flooded out our barn. Other than that it was vacant. To us, it became the Alamo surrounded by Mexicans or Fort Apache surrounded by Indians. To the Rising girls, it was a play house or a Sweet Shoppe for their girly games.

That Halloween they came up with the idea to turn it into a haunted barn. They enlisted our help. We thought it a good idea and fell enthusiastically into their plan. They were cutting bats and spiders from craft paper and wanted us to make ghosts. They had a bunch of old sheets and wanted us to stuff them with straw, paint eyes on them, tie a rope around them and hang them from the rafters. There were also four or five old pairs of overalls and shirts. They wanted headless bodies lying around. 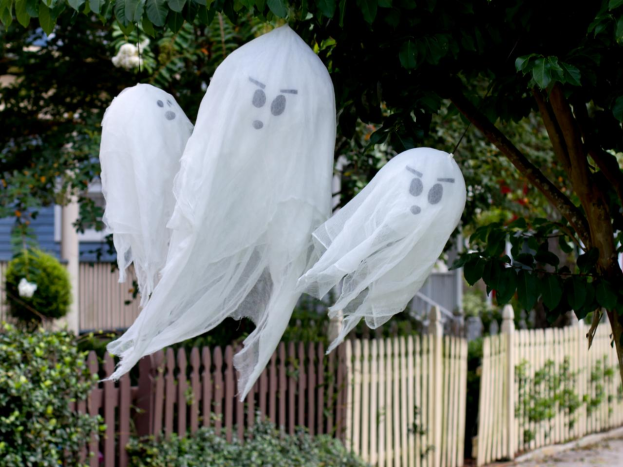 We worked hard making ghosts and dead bodies. There was a bag of athletic tube socks included in the pile of clothing. I came up with the idea and the others, enthusiastically joined in.

We stuffed the socks and put dicks on all the ghosts and dead bodies.

The girls discovered our additions to their creatures about the time my dad came home from work. As he was getting out of his car, the youngest girl ran over to him and, crying said, “Mr. Salmons, we were trying to make a haunted barn and them mean old boys put Peters on all the ghosts.

My dad gave me a halfhearted ass whipping, but I figure he thought it was funny. I heard him laughing about it when he told my uncles and cousins.

We had to make our fun at Halloween without the rewards of today’s tame trick or treating.