This morning I had the extraordinary pleasure of meeting (for the second time) Nghia (Le) Firth, a native of Cần Thơ, Vietnam. Nghia is the newest member of the pain-management clinic at Walter Reed National Military Medical Center (WRNMMC), Bethesda, Maryland, and assisted my doctor with platelet-rich plasma (PRP) injection into my shoulder.

When I asked about her immigration into the United States, she explained her family was part of the mass exodus of almost 800,000 Vietnamese between 1975 and 1995. In 1983, when she was only eight years old, her family traveled to a small port city, where they boarded a rickety boat and set sail into the unknown.

As those of you onboard the Elliot during her 1983 Westpac knows, their boat never made it out of the South China Sea.

As was often the case during the crisis, the boat was ill-fitted for such a mission. The skeleton crew had taken on more passengers than they had provisions for, and the ship itself was in poor condition. Nghia said after the first week, they only received a medicine bottle of water, and their only food was the fish they caught.

Nearly two weeks after leaving the country, the bilge pumps failed, and the boat began to take on water. In less than 48 hours, the incoming seawater had shorted out all electrical systems, flooded the diesel engines rendering the boat dead in the water and at the mercy of the wind and tides. On July 31, 1983, just when the boat’s main deck became even with the surface of the ocean, and sinking seemed immanent, a miracle appeared on the horizon in the shape of a United States warship.

On routine patrol during her third Western Pacific (WestPac) deployment, the forward lookout on the USS Elliot (DD-967) spotted the floundering craft with 68 men, women, and children crowding her deck. The ship pulled alongside the boat and transferred all of the passengers and crew on board. After giving all of the refugees a physical exam, the ship’s cooks provided their first cooked meal in weeks. The ship then traveled to Subic Bay, the Republic of the Philippines where the refugees were turned over to the US Department of State. Elliot and every member of the crew were awarded the Humanitarian Service Medal for the rescue operation.

Nghia and her family remained in the Philippines for nearly two years until they were moved to a refugee camp in Hong Kong. They stayed there until being sponsored by a Roman Catholic Church in Minneapolis, Minnesota where she grew up. After graduation from high school, she attended St. Catherine University and was awarded a Bachelor’s Degree in Nursing. Following her childhood dream to give something back to her adopted country, she applied for and was granted a commission in the US Navy’s Nursing Corps. As an active duty Lieutenant from 2000 – 2004, she deployed to the Craig Joint Theater Hospital, Bagram Airfield, Afghanistan. Today, Nghia Firth continues her care of warfighters and their dependents as a federal employee at WRNMMC.

When did I meet Nghia the first time you ask? When she and her family were rescued, I was a member of the USS Elliot’s crew and still wear the Humanitarian Medal with pride. 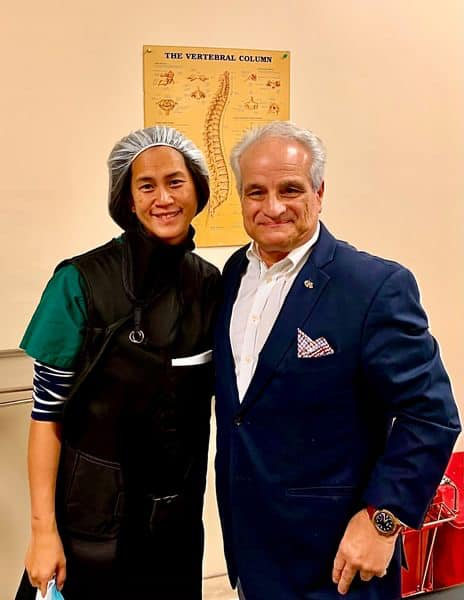 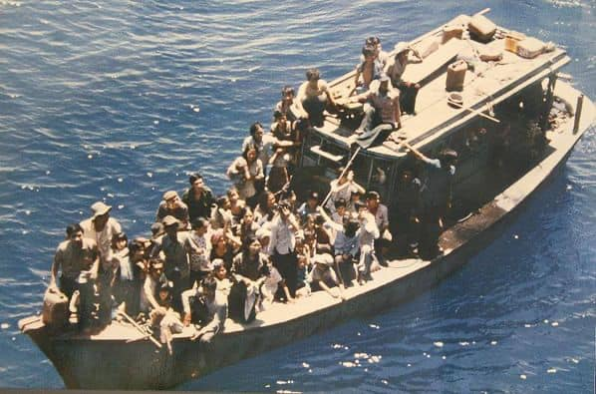