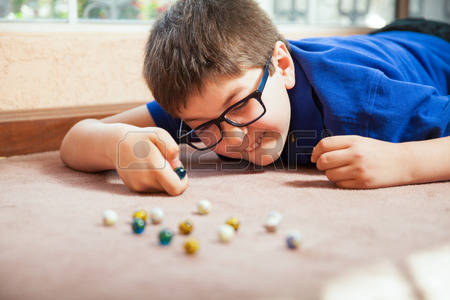 Boy’s playground time in grade school was consumed with fads.  There were touch and flag football in the fall.  Then right before winter, there was a short period when everyone was armed with at least one Yo-Yo.  The more affluent kids were two Yo-Yo slingers.

During the worst of winter, indoor games in the gym became the norm.  Mostly the teachers would force the kids to do calisthenics.  Sometimes they would let the boys play half-court basketball while the girls used the other half of the court for dancing.

Then in early March, the snow melted and things began to thaw out.  You were permitted back out on the playground. Everyone was coming to school armed with kites.  There were fancy colored kites and homemade kites crafted with flour glue and the Sunday Funny Papers. The school yard was full of boys running, lengthening the kite’s tail, shortening the tail and trying to repair the kite after it crashed.  Every so often someone would actually get one aloft.  This would spur the others to greater effort.  This insanity continued until the bell rang, then everyone was insanely winding string, trying to recover it all and not be late back into the classroom.

Suddenly, about the time of the Ides of March, a couple of guys showed up with marbles.  Almost immediately every piece of bare dirt was claimed for shooting marbles.  No field of wildflowers ever looked so beautiful to us as that piece of naked earth. The “pot” was a circle drawn about six feet in diameter with a stick on the valuable real estate.  Each kid “anted” the agreed upon number of marbles which were grouped in the center of the circle. Marble games were played for ‘keeps.” This meant that each shooter was permitted to keep all the marbles he shot out of the pot.

Before the serious shooting started, the boys “lagged” for shooting order.  A line was drawn and each boy brought out his “lagger”, a marble about the size of a ping pong ball. Each boy lagged this special marble toward the line.  The closest to the line without going over, became the first to shoot, the next closest, came second, etc., etc.

Then out came the most special marble each boy owned, the “Shooter.” A boy’s favorite marble was the shooter.  A boy usually chose the most colorful or the gaudiest marble as “his shooter.”  These were often agates, cat’s eyes and even steelies (ball bearings). At the beginning of the game a boy “declared” his shooter. This marble was immune from being claimed by an opponent unless it was agreed that shooters were at risk.  If a boy only brought one marble home at the end of the day, it was his shooter.

The worst possible day came when you had been reduced in serious battle down to your last marble!! This was considered an overwhelming disgrace in marble land. The sheer embarrassment of being down to your shooter, the go to marble, the locus of your bragging rights! What do you do? Standing, head hanging, shamed, with the end of life visions flashing through your consciousness, red with embarrassment, knowing that your standing among the others in the cadre has been diminished. They knew, while you felt as if the blood was slowly leaking from your body, that you were on the ropes.

A badly hurt, barely functioning caricature of your former self. Then you begin to feel anger, how could you be bested by such a lowly example of humanity? He becomes the very object of your ridicule! You glance at the gleeful faces reveling in your defeat, their pockets bulging with your stash of marbles lost on the field of battle.

An idea forms, one shared by all present. Knowing you cannot face the embarrassment of going home with one lowly marble in your pocket. Someone, some kind soul that was well aware of the moment offered the one branch, the face saver of all time!

Now comes the time for some serious horse trading. You say, “My favorite Uncle gave this very special shooter to me.  It would take at least twenty-five regular marbles and a steelie to boot.”

“Forget the steelie.  I might give you five common red marbles for that old marble.  I noticed it don’t roll very straight.  I think it might be cattywampus.”

“Tell you what I’ll take twenty marbles as long as ten of them are cat’s eyes.”

“Ten cat’s eyes?  You must think I am crazy.  I’ll give you ten regular marbles and one cat’s eye that you can break in as a shooter.”

“Twelve regulars and the cat’s eye and you got a deal.”

As you surrender your treasure, your pockets are once again flush with bounty and a cat’s eye shooter whose legend is already beginning to take shape your mind, you start for home, head held high.

“Hi, Mom! No, I didn’t shoot marbles today.  Traded my shooter for twelve marbles and a new cat’s eye shooter.”

Damn it felt good to be so wise and on top of the world.  Tomorrow, my awesome new cat’s eye shooter will clean up.

The next day someone notices that the coach has striped the baseball diamond and mounted the bases. The gloves, bats, and balls came out and boys lined up to be chosen for “sides.”

Marbles were no more.  They were forgotten and relegated to toy boxes and glass jars stored under the bed waiting for three weeks in March to come once again.

Then the March comes when marbles just aren’t that important.  There is something about the way Sally Burnett smiles and glances at you…