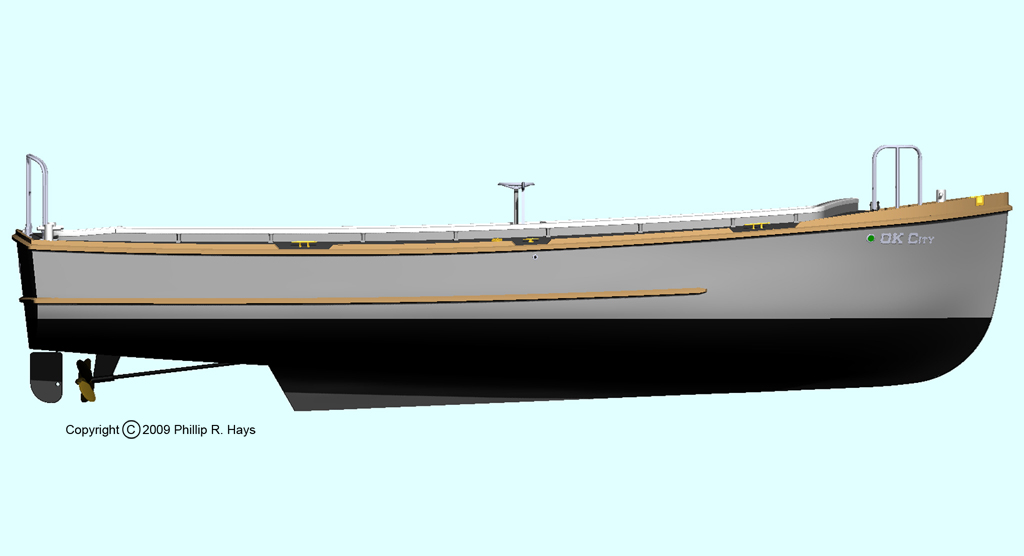 So there you are, anchored in Hong Kong at the furthest anchorage from the Fleet Landing.  If the anchor chain had been long enough, they would have probably anchored us further out.

All that crap aside.  This story is about Liberty Boats and water taxis.  In Hong Kong, instead of employing the ship’s boats the Navy paid for Water Taxi service.  A water taxi was usually a boat with a low gunnel that, in addition to serving as a water taxi, also was home for the boatman and his family.  It wasn’t unusual to see kids peeking out of the after cabin area at the noisy “Foreign Devils” going to the island to get drunk and debauch innocent Chinese girls.  These boats usually had a one-cylinder engine that made a “pukka—pukka—pukka noise.  There was enough time between the pukkas that you always thought it had died.  Needless to say, these boats were slow. The recommendation was to sleep on the way back to the ship.  Because if you caught the midnight boat, you barely made it back for quarters, or so it seemed.

Yokosuka, Sasebo, and Subic provided a liberty shuttle to all the ships at anchorage.  A large Mike Boat would usually make the rounds, picking up liberty parties, starting with the ship furthest out and then a pick up at each closer ship on the way to the pier.  When returning liberty parties to the ships, they would drop off the nearest ship first and then each further ship until the ammo ship party was dropped.

The Mike boats were LCM landing craft known as “Mike” boats. As liberty parties were loaded, enlisted, except CPO’s, went into the well deck. Officers and Chiefs stood up on deck near the coxswain’s station. As the boat made each of the ships at anchor, the well deck became quite crowded.  The sailors from each ship congregated together.  There was little or no interaction between the various ships crews other than the occasional instance when old shipmates met and talked on the way into port.

The return trips were different.  Especially, the late trips.  The boats loaded and the duty officer at the pier yelled, “Cox’ shove off and carry out your orders.”

The coxswain replied, “Aye, Aye Sir.”  Fired up his engine as the bow hook took in the lines.

This was about the time when someone puked and soiled the uniform of a sailor from another ship.  That was akin to striking a match to a tub of gasoline.  After a few words between the parties, shipmates joined in the verbal war until the well deck of the Mike boat suddenly devolved into a WWF cage fight.

There was usually a soft hat Shore Patrolman assigned to the boat.  The dumb ones who tried to break up the fights sometimes found themselves playing the part of Oscar in an actual man overboard.  The smart ones cowered in the after corner with the SP Brassard on their left arm hidden. The fights usually ended when the coxswain went dead in the water and threatened to return to the Fleet Landing and file charges against everyone with the shore patrol.

During the ’63-’64 cruise I made in Vesuvius, we operated with the Cacapon AO-52 almost the entire time.  We shared many liberty boats with Cacapon.  I don’t remember why, if I ever did know, but sailors from Vesuvius and the tanker fought each in the streets, the bars, and most of all, in the liberty boats that whole cruise.  I do recall a short truce being formed between the two crews when we fought a group of Aussie sailors in the EM Club in Subic. We were friends and drinking buddies that night.

Since most of us had Cinderella liberty in those days, liberty expired at 2400 at the Fleet Landing.  As the witching hour rapidly approached the tempo of drinking increased.  Smuggling a bottle onto the liberty boat permitted one to drink longer. I have seen more bottles being passed around in a liberty boat than were displayed in some of the bars we frequented.  The coxswain could just follow the trail of floating bottles back to the landing.

The riding of liberty boats during a thirty-year career weaned me of any desire to go boating.  They were just a conveyance to some of the sleaziest places known to Western civilization, in other words, a sailor’s paradise.

I always say, “A sailor going for a boat ride when he doesn’t have to is like a postman taking a walk on his day off.”

Just another chapter in the story of a sailor out on the far rim of the Pacific.

One thought on “Liberty Boats, I Don’t Miss ‘em”