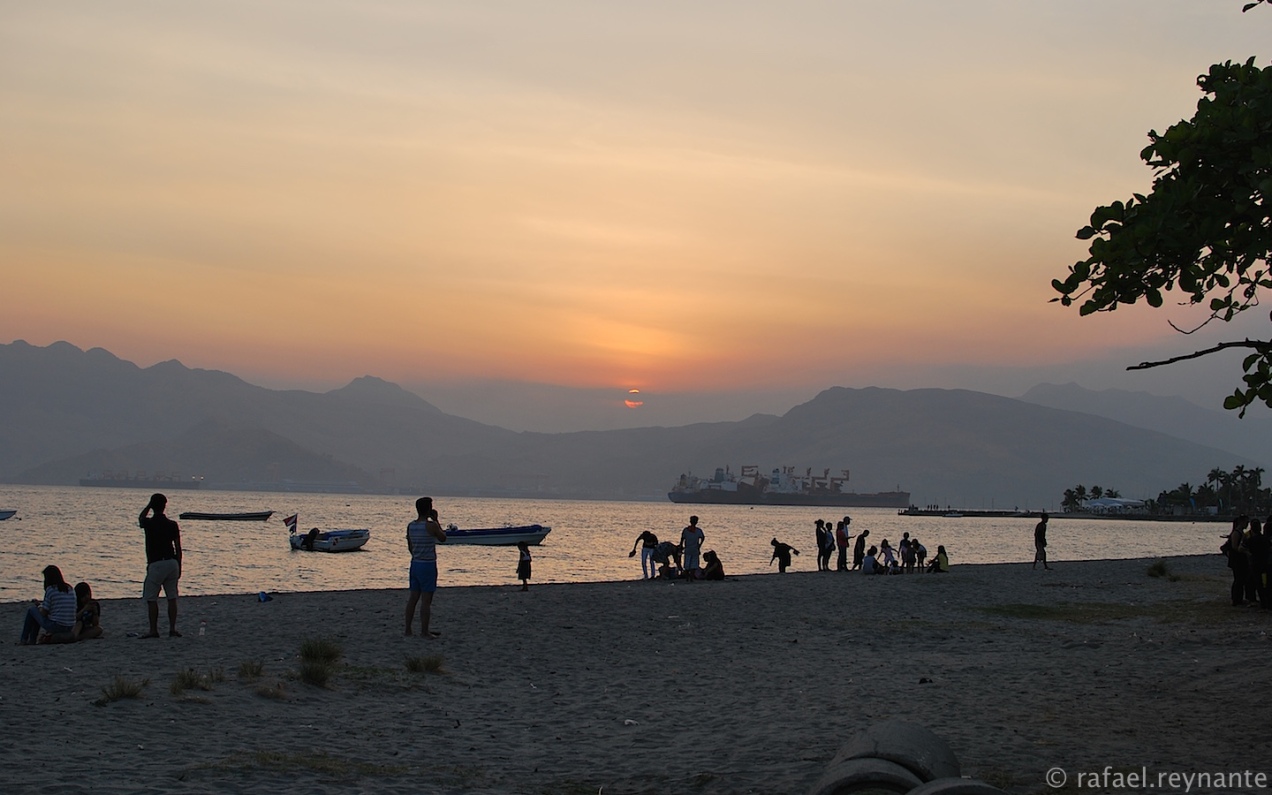 Twas the night before Christmas, And all through the fleet
Just the midwatch was stirring, The rest were asleep
Their boon dockers are strewn, all over the deck
If Santa tripped on them, he might break his neck

The sailors were nestled, All snug in their bunks
And dreaming of PI, And a good three day drunk
The CO in his stateroom, the XO on the bridge
And the Command Master Chief, out raiding the fridge

When up on the foc’sle, I heard something thump
So grabbing my white hat, from my rack I did jump
Up the ladder from berthing, I flew like a flash
Cranked open the hatch, and down the deck dashed

The moon on the haze gray and brasswork did glow
All sparkling and white like a Mt. Fuji snow
And what should I see, though my eyesight seemed dim
But a horse bedecked jeepney, with eight LBFMs

With a little old driver, with a beard long and white
It was old Santa Claus, on his Christmas Eve flight
More rapid than A-18 Hornets they came,
He squeezed all their asses and called them by name

Now, Judith! Now Marites! Now May and Irene!
On Mary! On Anna! On Grace and Aileen!
To the top of the mast, and down to Shaft Alley
Let’s spread Christmas cheer, now rally, girls, rally!

As sea spray before the wild typhoons do fly
With waves so tall they seem to reach to the sky
And so to the flight deck the bright jeepney flew
With a load of Pinays, and St. Nicholas too

Then I heard a sound, so subtle and sweet
The flapping of flip-flops on little brown feet
As I gathered my wits and was looking around
Down the smoke stack, St. Nick and the girls all did bound

He was wearing Bermuda shorts, lei, and some sandals
With a Hawaiian shirt that showed his love handles
He carried a cooler of cold San Magoo
And another of Kirin, (it might have been two)

He fired up his pipe (the smoking lamp was not lit.)
But old Westpac Santa did not give a shit
For though Santa kept track of the naughty and nice
He has been caught breaking the rules once or twice

To each berthing compartment, traversed Santa and team
For each sailor left gifts, (and a few pleasant dreams)
For Santa knew sailors were their own special breed
And he knew how to fill, their specialized needs

The good sailors got mojo, the naughty, balut
But he left San Miguel for the whole fuckin’ crew
Then he called all the girls and hugged them all together
And winking their eyes, up they flew like a feather

They piled in the jeepney, he gave one last whistle
And away they all flew like the down of a thistle
But I heard his voice on the old 1MC
Merry Christmas to all, Commence Holiday Routine!