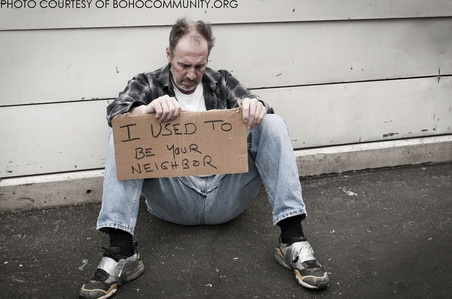 “All three of my ex-wives were good housekeepers.

The first one kept the fucking house.

The second one kept the fucking house.

And the third one kept the fucking house.

“Dave, after having to give my ex fifty percent of my retirement pay and then paying child support on top of that, I am left with fourteen fucking dollars and eighty-seven fucking cents every month.”

I was a Navy Master Chief Petty Officer assigned as Command Master Chief of a Submarine Squadron in San Diego.  This was my twilight tour, and I would be retiring from the Navy in a few months after thirty years’ service.  My relief was already ordered aboard.  Everything was ready for the turnover to him.

I have been married twice.  The first wife was a shipmate’s sister, a lovely girl I fell in love with when I stopped at his house in North Carolina.  I was on leave in Florida and him in North Carolina.  I was taking my car back to Connecticut and had promised to pick him up for the ride north.  I arrived at his house a couple of days early.  During the three days before we left, I fell madly in love.

Within a year we were married.  I arranged duty on a boat home ported in Norfolk so she could be near home.  She actually lived with her parents when I was deployed to the Med or on patrol.  We drifted through eleven years of marriage.  No children and no real problems.  I was at sea a lot and we just naturally grew apart.  The divorce came as no surprise to either of us.  I had received orders to a Pearl Harbor boat.  She just didn’t want to go that far from home.  The divorce was amicable.  She made no demands on me other than her rights to half my retirement pay.  I had no say in the matter and couldn’t refuse.  She was entitled to it by law.

I had nineteen years in when I married my second wife.  It was also her second marriage.  She had been married to a Chief on a skimmer.  She had caught him with another sailor’s wife and divorced him in, what I came to understand, a very acrimonious and contentious splitting of the sheets. We had, I thought, a good marriage.  She was helpful and supportive of me and my career and interacted well with the other wives after I was appointed COB on my first boat. Although, at times she could be a real bitch when things didn’t go the way she wanted.

After a tour of shore duty with TRE in Pearl and another boat, I came to the squadron in San Diego for a final tour before retiring.

I was just coasting when the Commodore called me in.  He told me that the COB (Chief of the Boat) of one of our deployed boats was being relieved for sexual improprieties.  It is unfortunate that the politicians have decided that open homosexuality is permissible in the services.  The Commodore asked me if I would fly to Yokosuka, Japan and act as interim COB for an approximate forty-five-day patrol.

My first reaction to the Commodore’s request was excitement. A chance for a final liberty in WestPac, a chance to ride a boat one last cruise, and a couple months’ sub-pay.  I would come back to San Diego to a retirement ceremony and sixty days’ terminal leave.  I had a tentative job offer at the local ship building company. My wife and I were planning a month’s vacation driving and sightseeing the country.  She acted enthusiastic about it.  I accepted the assignment and went home to tell my wife and pack.

She wasn’t happy that I had agreed without talking with her first.  I explained to her that I really didn’t think I had a choice and I wanted to experience one more trip in a submarine.  After all, it was what I had done and done well for the majority of my life.  I explained that the extra money would help finance the trip we had planned.  She reluctantly accepted the fact that I was going. I was flying from San Diego to Los Angeles and then on to Tokyo the following morning.

She wasn’t happy and that evening showed her displeasure as only a woman can.  The farewell the next morning was cold.  I took a taxi to the airport.  She refused to drive me.

I arrived in Yokosuka and reported to the boat.  My wife’s displeasure and her reaction to my going were driven from my mind in the last-minute preparations for sailing.  There were stores to load, berthing assignments, duty assignments, qualification checks, battle station assignments, a thousand things to do or oversee.  And then we were at sea.  After clearing Tokyo Bay, we pulled the plug and were, for all intents and purposes, isolated from the world for the next fifty days.

Now the surface ships have e-mail and limited telephone service that enables the members to maintain almost constant contact with family.  Submarines do not have that luxury.  We anxiously await, what in this modern day, is termed snail mail.  We arrived in Yokosuka, and mail bags were waiting on the pier.  I wasn’t expecting mail since I was only aboard temporarily.

After completing all the tasks of entering the port and ensuring that watch bills were correct, and the watch was set, I met the Master Chief who was to become the permanent COB of the boat.  Only an abbreviated tour was necessary.  He had served as the A-Gang LCPO on the boat before.  He assured me that he had it and I could go make a call to my wife.

A telephone was available in the CPO mess.  I dialed the numbers to my home only to get the message that the number was no longer in service.  That can’t be.  I tried again and got the same message.  What the fuck.  I called my neighbor and friend down the street.  He answered, and I asked if he knew why my phone wasn’t in service.  He told me that my wife had divorced me in an uncontested divorce while I was deployed.

I caught the first flight to the States and arrived in San Diego about noon.  Taking a taxi to my house, I found that my keys no longer worked and no one answered the door.  As I walked toward my neighbor’s house, two police cars stopped, and one of the officers asked my name.  I told him.  He said you will have to come with us.  I was taken to the main police station and informed that a Temporary Restraining Order had been issued forbidding me from communicating with or going within a hundred yards of my ex-wife or my former home.

The same day I left for Japan, she had contacted the lawyer from her previous divorce and filed two days later.  Letters notifying me and letters setting court dates were all sent to my address at the squadron in San Diego.  Expecting nothing important, I had instructed them to hold my mail until my return.  Her lawyer rushed everything through the divorce court.  Since I didn’t appear in court to contest the divorce, she was granted everything she asked for.  She was given the car and the house with the provision that I continue the payments until the mortgage was satisfied.  She was also awarded a substantial alimony.

All my pay was deposited to a joint account.  I went to an ATM to withdraw money only to find that there was a minimum balance and no funds were available.

I found all my uniforms and clothing in the storeroom at the squadron.  I moved into the CPO quarters at the base.  I was broke, no place to live after next week, and every dollar I would earn for years obligated to paying her divorce demands.  I contacted a lawyer who told me it could be undone, but it would take time and lots of money.

After the retirement ceremony, I learned that she and her lawyer filed a claim to fifty percent of my retirement pay.  My first wife also filed for half of it leaving me with zero percent. No retirement pay and alimony and house payments equaling more than I could possibly earn.  I was between the proverbial rock and a hard place.  You know, I have never understood what things would drive a person to suicide, but, that day  I seriously considered it.

I owned a few acres and a house in Florida that my folks had left me. She must have forgotten about it.  I called a realtor friend there and made arrangements for a quick sale.  I was able to stay in the CPO quarters during my leave.  Once I received the funds from the sale of my property, I bought a one-way ticket to Honolulu.  Arriving there, some friends helped me get a job with a government contractor.  The salary wasn’t enough to cover my court ordered obligations to her, so I just ignored them.  I went into work one morning to find that there was a court order to garnishee my pay and I was being fired for not disclosing these obligations when I was hired.

After being fired I spent a couple of months drunk, living in a cheap hotel. After the Florida money had run out, I sobered up with no job, no money, and no place to live.

That was two or three years ago.  I now live in Honolulu under a Nimitz Highway bridge.  I have long hair and a beard, I get my clothes from the free bin at one shelter, I eat at another homeless shelter when they are offering food.  I beg for money to buy my daily bottle of whiskey.  I will smoke pot if it is offered, too expensive for my circumstances. I have often been tempted to try the stupor of harder drugs, but so far have resisted.

I told this story to that young college girl who was doing a study on why homeless people become homeless.  I think I told her everything.  It gets harder and harder to remember.  Sometimes I am not even sure if it actually happened or if it is my imagination.  Maybe I just made it up because she gave me five bucks.  I’m not sure…..

“That’s my story, Buddy, you got a dollar or two, so I can get something to eat. I would appreciate it.”

One thought on “Retirement”