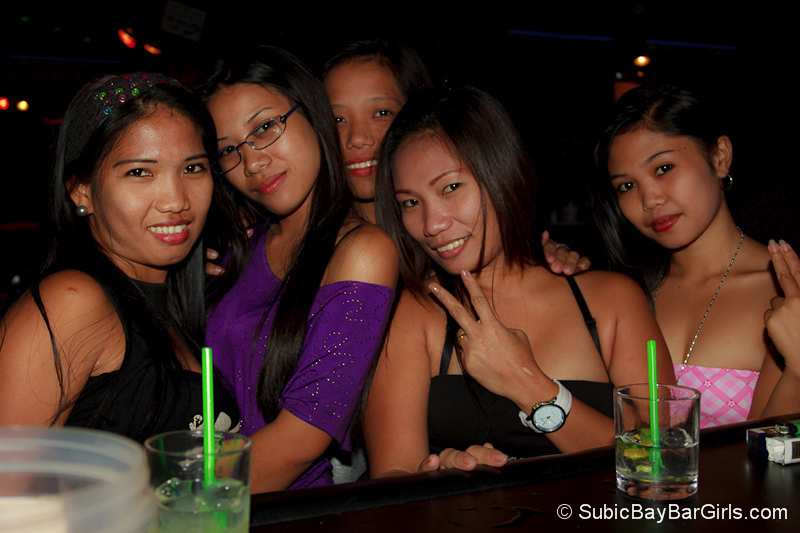 The only WestPac I made was in USS Elliot (DD-967) in 1983. It wasn’t quite as wild in those days as the sea-stories led me to believe. But Subic was still in operation, a favorite port-of-call, and the mythical land of LBFMs where every sailor’s dreams came true!

An SM1 in 83′, I was still a PI “cherry boy” having spent my first sea duty on the USS Kalamazoo (AOR-6) out of Mayport, FL. The Elliot’s Signal Gang LCPO was SMC John Strait, who until Kalamazoo had spent his entire Navy career on the West Coast. His first ship was a Carrier and he went on his first WestPac cruise at the tail-end of the Vietnam War, launching & recovering aircraft on the infamous Yankee Station.

The SMC LOVED to tell us stories of his exploits on the streets of Olongapo. But his favorite was a little game called “Pot Luck” that he and his shipmates played on liberty. Keep in mind, in those days; there was a strictly enforced curfew: because of Martial Law all persons had to be off the streets, out of the bars, brothels, strip clubs, etc. by 2400 or risk being taken into custody by Shore Patrol. If you hadn’t crossed Shit River or were in a hotel room by 0001, you risked losing your liberty card for the rest of the ship’s visit to Subic!

The rules were simple: each participant had to wait until exactly 2345, only then could they exit their favorite bar and proceed to the street to find an LBFM to engage for the evening. Then they had to find an empty hotel room and settle in for the night. All of this BEFORE the SPs started piling wayward sailors into the paddy wagons for an ignominious ride back to their ships.

Here’s the kicker, the guy who paid the least amount for an all-nighter, WON.

Keep in mind, the LBFMs knew all about the curfew, so if they hadn’t snagged a sailor by midnight, they would be without any income that evening. At about 2330 they would become more willing to offer bargain pricing, and the closer to 2400 it got, the lower their prices became.

By the time, I got to Subic, the curfew days were long gone, so playing Pot Luck was a thing of the past. Fortunately, the LBFMs remained! Ah, Subic . . .