Parkinson’s and Dill Pickles don’t have a damn thing in common except beer.

Most of you who read the crap I write know that I have Parkinson’s disease. It is a progressive disease that usually manifests itself after age sixty and becomes progressively worse as one ages. There is no cure and it is basically a death sentence. The brain stops producing a neurotransmitter, in the central nervous system, that is necessary for conscious control of muscular movements. Most muscles that are controlled unconsciously are not affected, i.e., respiration and heartbeat. There are a number of suspected causes of Parkinson’s: genetic, environmental, exposure to certain chemicals, i.e., dioxin (Agent Orange), head trauma, i.e., Mohammed Ali, early onset PD, i.e., Michael J. Fox.

I said most muscles “unconsciously” controlled are not affected. One exception is peristalsis. Peristalsis is a gentle muscular movement of the digestive system that moves food through the digestive system from the esophagus through the exit door. As the disease progresses taking a crap becomes both a chore and a distinct pleasure. A good laxative becomes your friend. The doctor gave me some stool softeners and told me to drink more water. I told him that I didn’t have a problem pissing. With my prostate problems, I had to piss too often already.

Most medical research is focused on slowing the progression of the condition rather than a cure. Although there is some research on biometric markers that would enable doctors to identify those people most likely to manifest the disease.

I subscribe to a number of medical newsletters, always on the lookout for new research and newly developed or discovered medications that may ease some of the symptoms and complications of the disease. I grasp at any straw that may bring relief. Consequently, I take a plethora of supplements and vitamins. About the only things I wouldn’t try are eating chicken, seafood or liver and practicing homosexual sex. I’m up for anything else that will help. (Oh yeah, except snakes and spiders too.)

Now to get to the reason I told you all this interesting crap. Most of the literature tells me that Parkinson’s patients shouldn’t drink. It is a muscle disorder. Basically a person loses control of their muscles. Arms and legs don’t do as directed and just lie there and tremble or they just freeze. That is usually when I fall on my ass. The medical literature tells me that as the disease progresses a person will experience falls. I can attest to this. I have fallen down and then fell three more times just trying to get up.

The Doctors and Movement Disorders specialists warn against drinking alcoholic beverages. The prevailing wisdom says, “If you have PD, you are going to fall. If you have PD and drink, you are going to fall harder and more frequently.” I can attest to this, as can many of my shipmates, who were there when I made a spectacle of myself by falling ass and tea kettle over a table and a half dozen chairs at the second Asia Sailor’s reunion in Branson. This resulted in a number of my shipmates acting as an “Honor Guard” to escort me to my accommodations. That is one of the features offered at our reunions. A number of us have had Honor Guard escorts to our rooms. I also took advantage of an escort at the latest reunion.

After a few spectacular falls, I finally came to the realization that it is time for me to “Hang Up My Cup.” You know, abstain from imbibing intoxicating liquids. I won’t really miss it. Well, I will miss the beer. Love me some beer. And Crown; oh yeah, Captain Morgan; don’t forget Pusser’s; gin, love me some gin, although it makes me crazier than a shithouse rat; beer, love that light beer; wine, you cannot enjoy Italian food without wine; an occasional Jack; did I mention beer?

So I made the decision to join the ranks of the teetotalers. I am dry country. Jut coffee, water and milk for me. The strongest thing that will pass my lips will be diet Dr. Pepper. I quit smoking, I can do this.

Now I am not a religious person. I have friends who believe in a savior and an afterlife, others who believe that we are recycled or reincarnated, and others who believe that this is it and there is nothing but blackness beyond this life. I always figure that we all will find out one day. Those in the first group often point to events that can only be described as “miraculous” as proof that a divine power controls everything.

Yesterday, my shipmate Jerry Juliana and some others posted an article to FaceBook that details wonderful new research that shows Parkinson’s patients may benefit from drinking beer. I immediately did a “Tim Tebow”, I took a knee in appreciation. As the article states there are elements in hops (let’s hear it for the hops!) that may delay or reverse the progression of the disease. The obvious fallacy in their research was use of the word moderation. I follow the philosophy that “if a little is good, then a lot is better.” So I bought a modest amount of beer to begin my new medicinal routine. I am now the proud owner of ten thirty packs of Bud Light.

I do have some reservations. I read an article once that said smoking marijuana helped with the bradykinesia (shaking). So I scored a baggie from the local stoner and fashioned a cute little pipe from some copper tubing and other fittings. I packed it with a bud and fired her up.

Now, I cannot say that it helped with the Parkinson’s but it temporarily solved my dislike of dill pickles. Now, there is a place for dill pickles, preferably alongside a delicious Pastrami on Rye with a side of potato salad or coleslaw. Now, I love pastrami sandwiches! I would crawl naked over Salena Gomez’ nude body for a good pastrami on rye. That’s right, you can always make out with Salena, but it is extremely hard to find a good pastrami sandwich. 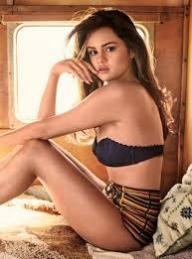 To make a short story longer, I spent forty-eight hours that afternoon watching the movie “The Comancheros” on TV while eating a half gallon jar of dill pickles. I could have fixed something else to eat but I was paranoid about missing any of the movie. I even considered using the pickle jar when I had to pee. I forgot that I had DVR’d the movie and could pause it anytime I liked. When the commercial came on, I would run to the head and piss for an hour or two and then run back to my recliner, convinced that I had missed half the movie because it had taken so long to piss only to find the bears still extolling the qualities of Charmin asswipe.

But to get back to the beer. Damn, my wife says seven-thirty in the morning is not the time to drink beer. I tried to explain that it wasn’t drinking, it was medicating. She said in moderation, there’s that word again, two or three beers before bed. I asked if she meant three beers before sleep. She said yes. I feel better now, I usually take a nap in the morning and a nap in the afternoon. Now I am trying to figure a way to sneak another nap into my daily routine.

What does she know about medicine? I know much more about medical matters than her. I spent much of my childhood studying medicine and anatomy with the girl who lived down the road.

But I have a plan, I tell my wife that I am a participant in a study to document the effect of drinking beer on my PD. All I have to do is keep track of the number of beers that I drink and the effect it has on my PD symptoms.

You know she just ain’t buying it.

FedEx brought a rush package last night. It was frozen pastrami that I ordered from a New York deli. Maybe I can talk her into making me a Pastrami sandwich. Everyone knows that you cannot eat a pastrami sandwich without dill pickles.