Most Americans have never been in a shortage of water and probably think the never will be. Turn on the faucet, there’s water There always has been. There always will be. But I have a different viewpoint.

They have never been on water hours. Most sailors become so paranoid about wasting water that just a glimpse of Niagara Falls causes chills and palpitations. 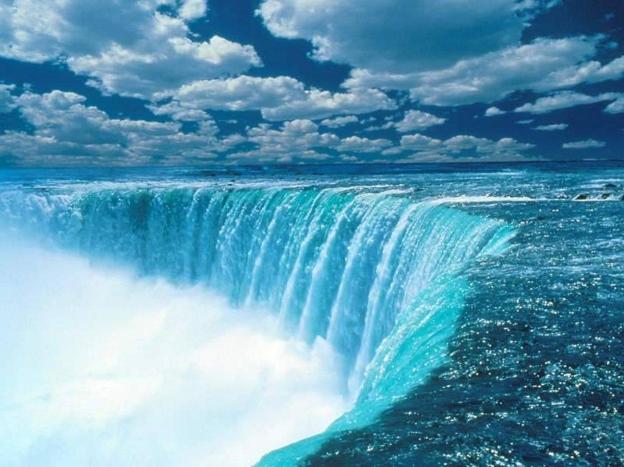 There we were floating on the trillions of gallons of the Pacific Ocean while being threatened with the worst of horrible consequences for wasting a drop of fresh water. The showers were secured. The only people permitted to shower were the Corpsman and the Cooks. I was night baker. The procedure: I was to inform the Master at Arms and he was to supervise the shower to ensure that no water was wasted. I couldn’t find the MAA. I decided it didn’t matter and went to the shower.

I was drying off when the MAA came into the head. He had been expecting me and when I hadn’t tried to find him, he found me. I had violated the rules; he wrote me up. Now the standard punishment for violating water hours rules was the perpetrator had to stand evaporator watches on the mid-watch for a week. They made an exception in my case. Since I worked at night and slept during the day. I was assigned to the twelve to sixteen hundred watches for seven days.

This was when I became better friends with the snipes. In exchange for bakery products, I was introduced to and permitted to use the clandestine shower in the lower level.

After twenty-five years afloat, I have more respect for water than any non-seagoing person I know My Navy background is obviously the reason I am this way. 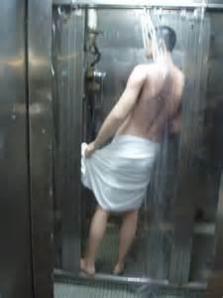 I love a hotel shower with strong water pressure. Having to turn the water on and off or having someone oversee you shower and controlling your length of time under the water is now in my past. How many times have I had the water secured while I was still half soapy?

If there was no fresh water, there would be no morning coffee. Without water, Scotch drinkers would be even more obnoxious than they already are.

What I am trying to say is we should consider just how essential and precious fresh water is. This point is often driven home by the B. O. emanating from that big dude on the bus. He was probably a deck ape in a former life

5 thoughts on “Fresh Water or I Hate Water Hours”