(from “The Sand Pebbles”) 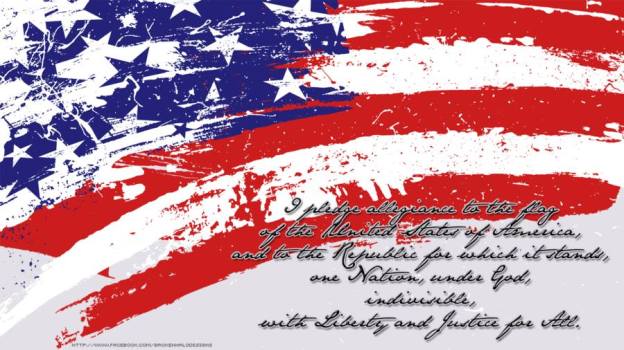 As I’m sure most of you know, today is Flag Day, a day meant to honor the United States flag and to commemorate the Flag’s adoption.

Unfortunately, it is apparently more popular now to stomp on or burn the Flag, or not to fly it, because it may offend some fringe group or other…

The United States Flag is the third oldest of the National Standards of the world; older than the Union Jack of Britain or the Tricolor of France.

The flag was first authorized by Congress June 14, 1777. This date is now observed as Flag Day throughout America.

The flag was first flown from Fort Stanwix, on the site of the present city of Rome, New York, on August 3, 1777. It was first under fire for three days later in the Battle of Oriskany, August 6, 1777.

It was first decreed that there should be a star and a stripe for each state, making thirteen of both; for the states at the time had just been erected from the original thirteen colonies. The colors of the Flag may be thus explained: The red is for valor, zeal and fervency; the white for hope purity, cleanliness of life, and rectitude of conduct; the blue, the color of heaven, for reverence to God, loyalty, sincerity, justice and truth. The star (an ancient symbol of India, Persia and Egypt) symbolized dominion and sovereignty, as well as lofty aspirations. The constellation of the stars within the union, one star for each state, is emblematic of our Federal Constitution, which reserves to the States their individual sovereignty except as to rights delegated by them to the Federal Government.

The symbolism of the Flag was thus interpreted by Washington: “We take the stars from Heaven, the red from our mother country, separating it by white stripes, thus showing that we have separated from her, and the white stripes shall go down to posterity representing Liberty.”

The following speech from a movie is appropriate for today’s Blog post. There are many Americans who respect and honor the flag, who get a tightness in the chest, and watery eyes when we see the Stars and Stripes proudly flying from the yardarm of a Ship of War, or raised on the flagpole in some foreign land.

So this post is for those of you who are currently serving, have served, or who just respect and honor the Flag and what it stands for…

“Today we begin cruising to show the flag on Tungting Lake and the Hunan Rivers. I want all honors rendered smartly.

At home in America, when today reaches them it will be Flag Day. For us who wear the uniform every day is Flag Day.

It is said that there will be no more wars. We must pretend to believe that.

But when war comes, it is we who will take the first shock, and buy time with our lives. It is we who keep the Faith…

We serve the Flag. The trade we all follow is the give and take of death.

It is for that purpose that the people of America maintain us. And anyone of us who believes he has a job like any other, for which he draws a money wage, is a thief of the food he eats, and a trespasser in the bunk in which he lies down to sleep.”—Lt. Collins