No Longer My Navy 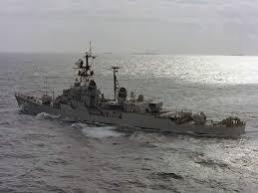 I have done my damndest to try not to complain about things I see happening in today’s Navy. It’s no longer my Navy

Uniform changes carried to the ridiculous, but I can excuse it with, “Makes me no never mind, I don’t have to wear it.” It seems as if there is always someone who wants to do something with the uniforms. A shipmate believes the intent is to move all the services to a single uniform, ala, Canada. From the evidence, I can’t discount what he is saying.

Females in the workspaces. I read that ancient sailors believed women at sea were bad joss. Maybe so, maybe not. I don’t recall anyone saying they couldn’t do the work. But boys and girls will be boys and girls if you get my drift. Since the advent of mixed crews, more than one sickbay has performed maternity services. Do independent duty Corpsman get training in pre and post-natal medicine and in pediatrics?

A lot of training is done by computer courses instead of classrooms with hard-assed PO1’s leading students by the hand and beating the training into their heads. And once the poorly trained sailor reports to a fleet unit, he or she is run through a lengthy indoctrination process with emphasis on drug abuse, training on the touchy-feely subjects expounded by all the LGBTQ nuts and fellow travelers who habituate the higher echelons of the Defense Bureaucracy, liberty policies, and the evils of alcohol. They probably tell them if they play with their privates they will go blind.

Once our sailor finally reaches a work center, the only persons available to carry on his training are Petty Officers who were trained in the same questionable school he just graduated from. The CPO’s, or should I say E-7’s to E-9’s are so busy with collateral duties that they are only seen at Quarters and the LPO’s are busy with paperwork that should be done by the Chiefs.

The last few years have seen CO’s, XO’s and CMC’s being relieved in an unprecedented number. Perhaps their training is as deficient as the young sailors. At some time since I left the Navy, the position of Senior Enlisted Advisor has morphed from a senior enlisted person advising the command on matters that affect the crew to the third position of the command triumvirate. It seems the Command Master Chief is in a de facto leadership position between the Executive Officer and the Department Heads.

A skipper once told me, “Chief it is an ever-changing Navy.” It has changed too much since I retired. The ships are still gray. I can’t vouch for anything else.

Back in the day, we took old ships, worn out in WWII and Korea and fought two wars. There was the cold war where we confronted the Soviets on an almost daily basis with a “Bring it Bitch” attitude and a hot war along the coasts of Vietnam and in the Tonkin Gulf where we took it to them.

A thirty-day gunline/plane guard tour was short. Sixty days and an occasional ninety days were more common. General Quarters and shoot all night. Daily refueling and rearming. Often port and starboard watches. Heat, sweat, water hours, very little variety in the food, and any sleep was a luxury.

Things broke and were repaired with the ingenuity of people who didn’t know that the experts said they couldn’t do what they had just done. We did it and we did it well.

And there was always the comfort of the girls in Subic, Pattaya, Hong Kong, Yokosuka, and Sasebo. They and the cold beer healed us and kept us sane. Perhaps sane isn’t the right word when applied to my shipmates who lived through those memorable days.

Once a year about a hundred of us congregates in Branson, Missouri to tell the stories once again, to laugh, and to mourn those who have gone on. Only the folks who were there can laugh about it now. We laugh. It’s like when a guy zips his foreskin up in his zipper and still must unzip it. You know it hurts like hell, but it is funny.

Doc, Chief Willie, Gunner Willie, Howie, Andy, Parent, et al…I remember those days as I am sure they do. For a time, there we danced the Devil’s polka and pissed against the wind.

We laugh because it hurts too damn much to cry…

10 thoughts on “No Longer My Navy”