About 75 years ago a bored 2nd lieutenant posted to a remote stateside Army air force [AAF] base, decided to pull a practical joke.

LT Hugh Troy was conducting an inspection of his company’s mess hall, it was late summer and the heat had brought out the flies. The mess sergeants had hung a dozen or so fly paper spirals up to keep the fly population down.

The sticky traps gave the languishing Lt a new ideal to amuse himself. He returned back to his office when he invented a new form, “PJ-1” for practical joke number one “US Army mess hall Flypaper Report”.

The Lt filled out the phony document and submitted it to headquarters along with his weekly reports.

The Headquarters clerks, however, received the joke as official correspondence and created a new file for the Form/report.

Shortly after his contrived report, a fellow officer conferred to him.

“Yes— did my first last week, Going to do another today” he added

“May I come along?” he asked

“Sure come along, you got a check-off form?” Troy quizzed

“Oh yes, I had my company clerk make me some of the ones you submitted” the ambitious officer replied

Lt Troy took the oblivious Officer along for the ride. He showed him how to position and hang the fly paper. Adding realism to the hoax, he told him to dab the previously caught fly with a touch of mustard or ketchup to mark it from the previous week’s catch. The deceitful ruse grew, soon one after another junior company Lt’s, wanting to be not left out, took to submitting their own reports.

Base headquarters was flooded with the new reports, following military procedure, the unaware clerks forwarded the reports on to Washington. Where they were sure—- someone was tracking the weekly fly count!

Lt Troy was eventually transferred out. Toward the end, he confined to one of the officers of his deceit. The hoax continued on, passed down from one replacement to the next. If questioned it was answered by “This is how we do things here.”

Years later the young Officer to whom Lt Troy told the truth to was posted to the Pentagon. He had risen thru the ranks and was now a very senior full Colonel.

One day as he was walking the vastness of the Pentagon he passed by an office staffed by a Lt Colonel, a couple of top sergeants and lower enlisted. On the door was a sign “Office of Mess hall insect controller”

The Colonel stopped and entered

The Staff Sergeant called the room to attention.

“Can I ask you something”

“Just what is this office?”

“Well sir we are the office of mess hall insect accountability”

“And what is that”

“You know we monitor the insect reports”

And that my friends is how Big government operates

No accountability, No vetting Just an unsubstantiated, unquestioned, fictitious record, filed and legitimized, perpetually incorporated into a system that is glad to accommodate growth within itself. 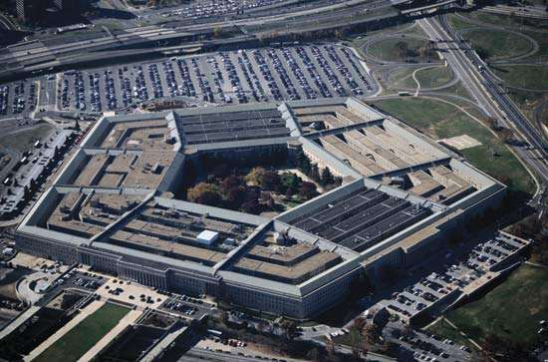 2 thoughts on “THE FLY PAPER REPORT”