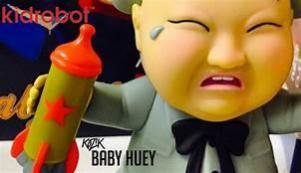 I have known Jerry longer than anyone here, with the possible exception of his brother. (Actually, his stepbrother, as you will learn) I will attempt to tell his story before the UFO Aliens or their Air Force caretakers come for me.

Jerry had a rude awakening. Really rude. He was sleeping in his alien sleeping thingamabob when his Mama crashed the UFO. She was usually a very careful, conservative driver, but not that fateful night that was to change the sleepy New Mexico town of Roswell forever.

See, his dad hadn’t come home, and his mom was half drunk on high-quality Piscean Rotgut and suspecting that her old man might be fooling around with that three tittied floozie from Aldebaran 4 she headed to Sol 3, known as Earth by its barely sentient occupants, the biggest hot sheet planet in the galaxy.

She entered the atmosphere too fast and the speed dampers couldn’t bleed enough of the momentum off before she slammed into the ground. She hit her head and was rendered unconscious. Jerry was evicted from the craft and crawled away into a pepper patch. Being hungry and the only thing he could find that resembled a nipple was a Jalapeno pepper. They were a poor substitute for the zestiness of Mama’s titties and barely managed to overcome his hunger. After eating he went back to sleep and missed all the lights and furor as the soldiers impounded the UFO and arrested his mom for driving drunk. (She still hasn’t sobered up and is in the drunk tank at Wright-Patterson (who the fuck was Patterson) Air Force Base. Meanwhile, his dad is carousing on the moon Barrio of a little-known planet called Subic in the Aldebaran system.

The following morning the pepper farmer found Jerry and thinking him a lost monkey from the circus, took him home and raised him with his own children. Jerry turned out to be a pretty normal boy. The biggest problem they had was toilet training him. He was so obstinate they had to do it at gunpoint.

Jerry blended in with humanity if you call being so big that he only fits comfortably in the largest Peterbilt trucks. But he developed the damndest affinity for chili peppers of all kinds. I think a psychologist would describe it as compensating for the early loss of his mama’s titties.

Y’all know the rest of his story. He joined the Navy because sailors provided the perfect cover for someone who doesn’t fit in any place in a civilized society. He is now using a Facebook group called Cranky Old Bastards for cover.

As a matter of fact, I am not sure if they all aren’t aliens.

One thought on “Jerry’s Story”