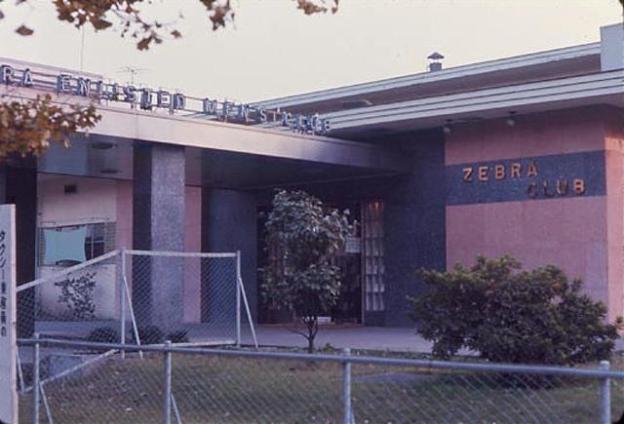 I first met Ray in 1964 when I reported to the Navy Commissary Store Yokohama for duty. Ray was a CS3 on his second enlistment. I was a CS2 with barely three years’ service. The others stationed there were either brown baggers with their wives impeding safaris into the wilds of Yokohama or were unmarried non-rates with the habit of staying in the Enlisted Quarters and playing with their stereos or going to the theater for the movie.

Ray and I had some Westpac cruises under our belts and were of a like mind that good liberty started with a run to the seediest bar in the most run-down area of town. We became acquainted during my check-in tour.

The Housing Activity in Yokohama was spread out all over the city. The Headquarters were in an old racing stadium building. There were three major housing areas and numerous small clusters of houses in many places throughout the city. There was an area that contained the Commissary, Navy Exchange, Bowling Alley, Theater, Gas Station, and the Post Office. The enlisted quarters were in Bayside Courts, an old Army BOQ complex. In the days of open bay barracks, being assigned to quarters where I had my own personal room was something like paradise. There were two clubs, The Seaside Club in a housing area and the Zebra Club downtown near the Chapel Center and not far from a single sailor’s paradise, Chinatown.

Ray was assigned to drive me to the various places to get my check-in sheet signed. We went to the HQ Building and picked up the check-in sheet. The next stop was the Seaside Club where we had a liquid lunch and got most of the signatures on the check-in sheet by passing it down the bar. We figured we had accomplished as much as possible that day and spent the afternoon in the Club. That left us the Chaplain, the Post Office, and a few other signatures to get the next day. Ray explained that checking in or out was usually a three-day affair. He asked if I would like to hit Chinatown with him that night. I enthusiastically accepted his invitation.

We went to the quarters at Bayside, where he helped me arrange for the services of a maid from one of the women who provided maid service in the building. Afterward, I shifted into civilian attire and we caught a 90 Yen cab for the Zebra Club. Ray told the driver, “Skosh Hayako.” All I can say is at the time I was glad that he didn’t give him a “Full Hayako.”

Ray was the type of person who had two goals in his everyday life. Alcohol and Pussy. On payday, Ray would divide his pay into fourteen equal amounts which he placed in fourteen envelopes in a three-ring binder. He budgeted for his food, drinks, and pussy. Since we didn’t have a galley, we received extra pay to purchase our meals. You must remember in those days the exchange rate was Yen 360 to $1. The most expensive drink in the club was $0.35 and all drinks were $0.10 during Happy Hour. Meals were as cheap as $0.25 in the NEX Cafeteria.

After the taxi dropped us at the Zebra, we had a couple there and then navigated the alleys to Chinatown. My first experience in the bar life of Yokohama was the seediest joint in the most run-down area of Chinatown. The Tiger Bar on 4 ½ Street. We walked through the door and the Mama-san said “Irashai Ray-san, you want beer, deska? Ray indicated two and we sat at the bar.” The place had five barstools, three booths and including the Mama-san. three over the hill hostesses. I figured Ray had brought me to the place bar hostesses go for their twilight tour. About the time I started my second beer, the best looking one of the bunch asked me, “You want to go to a booth and I kiss your chinpo, only 500 Yen.” I must have had a confused look on my face because Ray said, “She wants to suck your dick for 500 Yen.” It turned out that the Tiger Bar sold cheap beer, cheap ass Tory’s and Nikka whiskey while giving hand jobs and blow jobs in the booths. I became a frequent customer.

Ray had the duty on the day he shipped over. Duty at the Yokohama Commissary meant that instead of getting off at 1600 you had to work until 1800. Ray collected a few hundred dollars reenlistment bonus. Ray told me we were going to party. He told me to meet him at the Tiger Bar at 1900.

I arrived shortly before the time and was just taking a bite of my first beer when Ray came through the door. The Mama-san asked Ray what he wanted. He threw 72,000 Yen ($200) on the bar and told Mama-san, “Lock the door and everybody get naked.”

That much money was a small fortune for the Japanese in those days.

A good time was had by all!