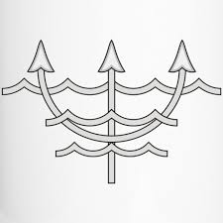 Ocean Systems Technician (OT): A Chief at the club in Yokosuka told me that these people hang out in a cave at CFAY and spend their career looking at squiggly lines on burnt paper. He thought it might be some kind of voodoo ritual.

Jerry Juliana is the only one of these dudes I ever met. As far as I know, he may be the only one that exists. I once asked him what they did. He said if he told me, he would have to kill me. Actually, all he said was, “Imagine a Sonarman with superpowers who worships at the feet of the god Per Diem.”

The closest I could determine OT’s are the ugly progeny of an immoral “hook up” by a Sonarman and an Airdale. They have airplanes and go on Dets. Dets is short for detachment. Look in one’s blank eyes to see the real meaning of detachment.

OT’s Dets are something like cruises and deployments that we real sailors make. The reason they use airplanes is so they can get to the good liberty ports and get some pussy before all us good looking fleet sailors get there. 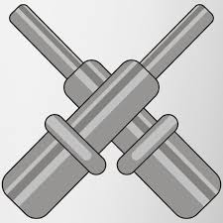 Gunner’s Mate (GM): Often referred to as Cannon Cockers of Muzzle Fuckers, GM’s maintain the ship’s noisemakers and fireworks. As soon as a Snipe or a hardworking cook want to have a smoke on the foc’sle, they ring that fucking bell and swing the gun mount back and forth. They seldom, if ever, fire the damned thing but every time we get near an ammunition ship they load ammunition. Maybe they are eating it or snorting the gunpowder.

During sailing days, many gunners started their careers as powder boys, which meant they brought the powder charges from the magazines to the guns. It is said that the renowned British Admiral Horatio Nelson began his career as a powder boy in a Ship of the line.

Missile Technician (MT): I don’t know much about these guys except they hang out in missile houses and do hundreds of daily PMS checks. So, I’ll tell you a couple of stories about them;

It was a lazy Sunday morning and whoever had the duty in the forward missile house was doing firing system checks. The way I understand it is there are a couple of blue missiles with internal electronics that are run out and the firing circuit is energized. Feedback from the missiles on the rail tell if firing would have been successful had there been a real, or white missile on the rail. The forward missile house requested permission from the bridge to conduct firing checks. The Captain, who was relaxing in his chair suddenly jumped up screaming, “Belay missile checks!” There were two white missiles on the rail!

I ended up with an MT2 as a permanent Mess Deck Master at Arms.

We did a four missile firing exercise while in the IO. Afterward, Chief Missile Tech came into the mess and said, “I would rather fire a missile than jump my old lady.”

His wife met the ship when we returned to Yokosuka. Let’s just say that she would have at least garnered Honorable Mention at any Ugly Party I ever attended. Chief BT left the mess, went to the Oil Shack and called the mess on the sound-powered phone asked for the MTC and told him, “I would rather jump burners than jump your old lady!”