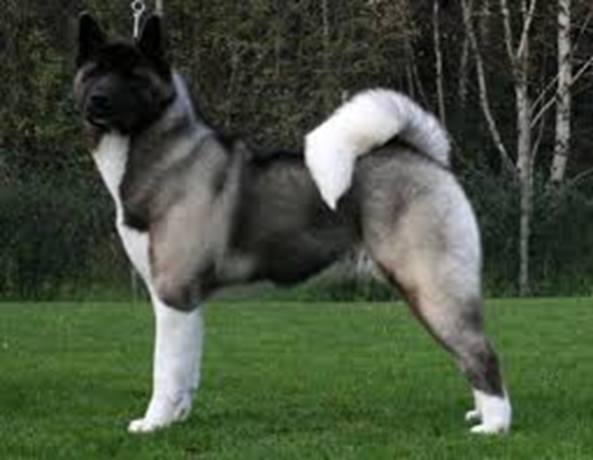 Boy Howdy and Sam walked into the house for the box of kitchen utensils he had purchased for the new RV. And yes, his name is Boy Jenkins. He is from one of those southern states that only use the vowel A. His mother died shortly after his twin sister and he were born. Without a name, the county clerk entered the names ‘Girl’ Jenkins and ‘Boy’ Jenkins on their birth certificates. He had picked up the nickname Boy Howdy from the Chief on his first ship.

A little over a month before, Boy and Sam, a mixed Akita dog, that he had found as a puppy at a Louisiana truck stop on a stormy evening, had been in the local Ginmill to drink away his sadness on the fortieth anniversary of the last day he had seen Maria, the day he left the Philippines for Vietnam. There he was involved in a boat collision while acting as an advisor to the Vietnamese Sailors they were turning the Riverine Forces boats over to. He was severely injured and eventually ended up at the Tripler Army Hospital in Hawaii. The last thing he remembered was leaving Charleston. He had no memory of the USS Chicago, the PI, Maria or Vietnam.

While talking with a psychiatrist, all his memories suddenly returned. As soon as possible, he took leave and flew to the Philippines to find Maria. Maria was not there. Over the years, he spent other thirty day leave periods walking the streets of Olongapo hoping to see Maria. He hired detectives in Olongapo, to no avail. After he retired from the Navy, he actually lived in Olongapo for two years hoping to find her.

Boy eventually surrendered to the realization that he would probably never find Maria and returned to San Diego where he worked at a Marina for a few years. Tiring of pampering rich peoples boats, Boy moved to the Southern Ozarks and became a nomad trucker working for a small company in Oklahoma. He lived in his truck and would be on the road for months crisscrossing the country. He had retired a year ago and he and Sam moved into a cabin on five acres backed up to what passes for a mountain in the Ozarks.

Boy had ordered drinks for himself, water for Sam, and placed Maria’s photo against the saltshaker on the table. He was sitting looking at the photo and remembering the days he and Maria were together in Olongapo when a tall attractive lady approached the table and asked if she could sit down.

As she pulled the chair out and sat, she noticed the picture leaning against the saltshaker, and with an intake of her breath she said, “Maria.”

Shocked, Boy asked, “How do you know Maria? Where is she? Tell me.”

“Maria died of cancer many years ago in North Carolina where she lived with her sister Lila. She thought you were killed in the war at first but when she couldn’t find your name on the wall she became convinced that you were alive. Here is a letter that she wrote to you. It was returned as undeliverable. She thought you had been killed in the war.” She said as she passed an unopened envelope to him. It was addressed to him in Vietnam. Someone had written across the front, “KIA!”

“With trembling hands, he opened the letter. It was short, a profession of her love and to tell him that she was pregnant, and they would have a child in the spring.”

He said, “A baby. Maria’s baby! Do you know where the child is today? he said as the tears dripped off his chin.

She placed her hands over his clenched fists and said the word for the first time in her life.

“Yes,” Marie said as they stood and embraced, both crying.

“There is so much I want to know,” Boy said.

Boy learned that her name was Marilyn, but she was called Mari. She told him that she had been born in San Diego, shortly after Maria had immigrated. When her sister’s husband retired and moved to North Carolina, Maria and Mari moved with them. Almost astounding as learning that he had a daughter was learning that he was grandfather to teenage twins, a boy and a girl. Mark and Marie.

Shortly afterward, Boy and Sam drove to the cabin with her rental car following. There, they spent the whole night telling their stories to each other.

She was an attorney and taught Contract and Constitutional law at the University of North Carolina at Chapel Hill. She also reviewed proposed legislation by the legislature for constitutional issues. Her husband, John, Boy’s son-in-law, was a cost accountant for a large chicken growing and processing company. They lived on an operating farm inherited from John’s parents located south of Chapel Hill.

Boy asked how she had found him and why was it so difficult for her and Maria. She explained the Maria thought his last name was Howdy. They searched for years for a sailor named “Boy Howdy.” Mari while doing research for [proposed legislation that would make it easier for adopted persons to locate their birth parents had found an article by a retired Navy Commander who had discovered that her mother had died at birth and that her twin brother and she had been labeled as “Boy” an “Girl” Jenkins and those names had been entered as their birth names by a county clerk.

Mari had contacted Sara, Boy’s sister Girl, whose adoptive parents had let her select her new name. Mari flew to Charleston and learned that, yes, her brother had been named Boy and was a retired Navy Chief petty Officer living near Branson Missouri. She also told Mari that he had spent his life searching for a girl named Maria.

Sara had contacted Boy two years before. It was good to learn that he was a brother and uncle. He had spent Thanksgiving with Sara and her family for the past two years. It was good to have a family. But now he was learning that he had a real family, Maria’s and his daughter and her children, his grandchildren.

They decided during the night that he would visit Mari and her family in a month. Mari gave him a picture of the twins. He looked at it for a long moment then carried it to a larger framed picture of Maria and stuck it in the corner of the frame. Boy whispered, “Our grandchildren Maria!”

Mari had a late flight from Springfield to Atlanta and Raleigh. She had an early class on Monday and would spend Sunday completing a report for the legislature. She slept for a few hours and while she was showering, Boy cooked breakfast. After they ate, she said, “Goodbye Papa. I know Mama is happy that we have found each other and goodbye to you, Sam, Take care of my Papa.”

It had been almost a month since Mari left. It had been a busy month for Boy. He intended going to visit Mari and meet her husband and the twins. He had talked with each of them on the phone. The twins seemed like a levelheaded and respectful pair of kids. They invited him to attend their High School graduation in early June. Boy had done the work to close the cabin and arranged with the Sheriff and a neighbor to keep an eye on the place.

Boy bought a twenty-eight-foot long motor home. He reasoned that he and Sam would be making a number of trips to North Carolina. He finished moving his clothes into the RV, stocked the refrigerator and the pantry with items from an earlier shopping trip. He made sure the water and propane tanks were full and checked all the engine fluids.

He was ready for an early start tomorrow. South to I-40 and ride it all the way to Chapel Hill.