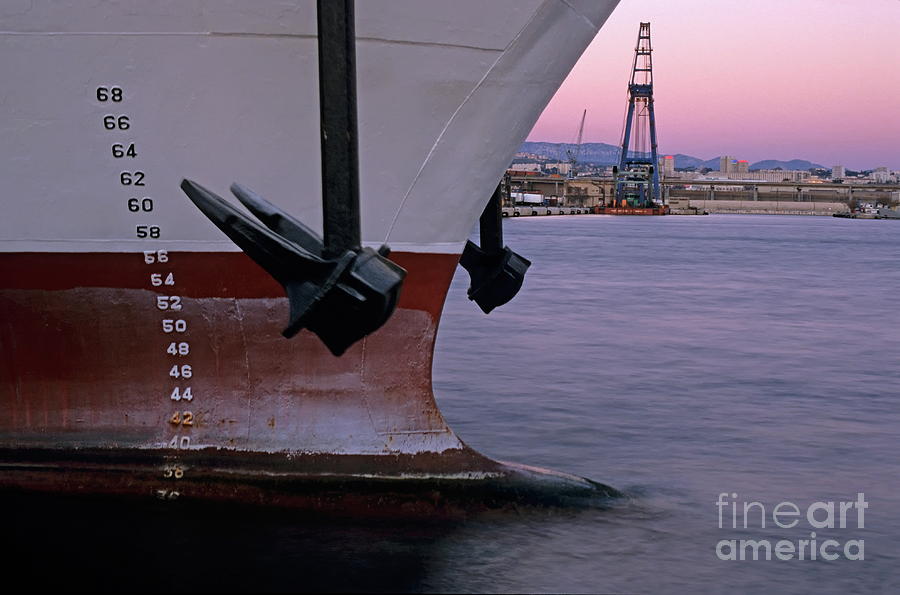 I never won an anchor pool. I entered them but was always unlucky. Anchor pools were usually operated by an enterprising Petty Officer with a do nothing job. They had the time to prepare the pool and find sixty fish to sign up.

For those who never rode an anchor pool ship, I will explain their operation. First off they are illegal… Totally and absolutely outlawed by everyone from the Chief of Naval Operations down to the squadron chaplain.  The chain of command knew there were anchor pools but usually turned a blind eye and ear.

The odds are terrible. You stand a better chance betting on a blind mule at the Kentucky Derby.

Let me explain how an anchor pool works… You need a pen, two sheets of white typing paper, a sheet of carbon paper (do they still make carbon paper? Xerox sure must’ve kicked the slats out of the carbon paper racket…), a piece of stiff cardboard and a good stapler.

You staple two sheets of typing paper together with the carbon paper sandwiched in between. Then you lay out a grid with 60 squares. What you get are two mirror image blank grids – one exactly over the other one.

You then delicately – What a word to use in conjunction with anything done by a sailor – fold back the top sheet and the carbon, and place numbers from one to sixty at random, in the sixty blank boxes of the lower sheet. Then you return the folded top sheet and carbon so that you have a top sheet containing blank boxes.

You then circulate among the fellow inmates of the haze gray vessel you are serving in. For the piddling cost of five dollars, each sailor is permitted to sign his name in one of the blank spaces. Most anchor pools are five buck pools. I heard rumors that on some big ships they had pools with hundred buck boxes. We didn’t have any direct relatives of Bonnie and Clyde, so we kept it to one Abe Lincoln a box.

Once you have picked a box, you write your name in it. Because the carbon paper is still in place sandwiched over the numbered boxes, your name will appear superimposed over some number between one and sixty. The pages are stapled to cardboard so you have no way of knowing what your number is.

The corner boxes go first. Boxes in the middle go next. There are many scientific systems used… There is the ‘Hand over the eyes, finger point’ method, the ‘Eenie-meeny-miney-moe’ selection process, and the favorite ‘Shit, just pick one for me’ method.

I personally liked the one in the middle of the lower edge. This location had been revealed to me in a 151 proof rum-induced dream… At the time, I was speaking directly with Zeus.  He and I had frequent conversations but as it turned out that the son of a bitch didn’t know shit about anchor pool picks.

Each anchor pool has a prize, usually two hundred dollars. When you come in to tie up, the word will be passed over the 1MC “Put your lines over.” This will trigger a shower of heaving lines… Heaving lines are thrown at the pier or the deck of some outboard ship. ‘Heaving line’ for the uninitiated, is a light line that has a big knot tied on one end to weight it. The knot is called a ‘monkey fist’… You weight it so you can throw the light line across the water. A line handler is your counterpart on the pier or the boat you will tie up to. He catches your heaving and takes up the slack then pulls the heavy hawser over that will tie your ship up. It takes six hawsers to tie up most ships.

You can increase the range, velocity and lethal potential of a heaving line by making the monkey’s fist around a large metal nut, a pool ball or a smooth rock. Bounce that little sweetheart off a Boatswain’s Mate’s skull and you are guaranteed instant celebrity followed by certain death.

When the first hawser goes over the bollard on the pier, the Navy considers the ship moored… And the Officer of the Deck tells the duty Quartermaster, to enter the time in the log. No one gives a damn about the hour but the minute determines your anchor pool winner. The quartermaster passes the word,

The top sheet is removed from the anchor pool and the person’s name inscribed over the number thirty-three is the winner of two hundred dollars. The persons who chose thirty-two and thirty-four each receive fifty dollars.

The winner’s name quickly spreads and now every sonuvabitch on the ship knows who will buy the beer at the club the better part of the first hour.

Anchor pools aren’t a good thing to base your future security or retirement plan on.

They are at best, a lousy percentage bet, but they were one possible critical leg in the illegal financial system that keeps the lads who ride haze gray iron in beer, whiskey and ragged around the edges female companionship.

Why Ships Are Referred to as “She”

A ship is like a woman, in that if a sailor does not provide her with his full, undivided attention, she will wander off.

“HEAVE-TO to lay a sailing ship on the wind with her helm a-lee and her sails shortened and so trimmed that as she comes up to the wind she will fall off again on the same tack and thus make no headway.” THE OXFORD COMPANION TO SHIPS & THE SEA, edited by Peter Kemp, Oxford University Press, 1976

The Flying Scot is a 19-foot, sloop-rigged, centerboard day sailer. The large, deep cockpit is ideal for family sailing. It is of fiberglass construction with comfortable benches along each side. One person can sail it, but she can seat eight adults.

It is a bright, pleasant, Sunday morning. The sailor and the girl sail the Flying Scot across Subic Bay to Gaines Beach. At midday ,they enjoy hamburgers and San Miguel. After a leisurely stroll under the pines on the old submarine base, they start back.

The wind is coming out of the west, blowing steadily toward the land at a pleasant 4 to 6 knots. There are little wavelets on the water, but no appreciable swells. The sails are set for a starboard fetch, which puts the boat in the middle of Subic Bay, out near the channel. There are no ships moving. There are no other boats near. They are alone.

“Did you ever make love on a sailboat?” the sailor asks.

He grins back at her and drops his swim trunks. She looks around, then begins to undress. The sailor positions himself on his back on the leeward bench seat, his feet toward the bow, using a life jacket for a pillow. The heeling of the boat anchors him firmly against the seat back. From that position, he can monitor the wind in the sails and manage the tiller. The boat is hours from any obstruction and he can guide the boat by watching the wind in the sails. The girl positions herself over him and assists him with the entry.

But the moment doesn’t last. The sails begin to luff and he must concentrate on correcting the course.

“This is not working,” he says as he withdraws from her. “Lets try something… Ready about! Helm is over!”

He brings the boat about onto the port tack, close hauled, and cleats the jib sheet up tight. “Ready about! Helm’s a-lee!” and he brings the sailboat back to the starboard tack, leaving the jib cleated off on the wrong side. The wind catches the back of the jib and blows the bow off the wind. The sailor pushes the helm over to the lee and ties it off. He trims in the mainsail until it pushes the boat forward. The helm turns it into the wind, but the jib pushes the bow off the wind. Now he readjusts the main so it balances against the jib. The main pushes the boat forward. The jib pushes it back. It rocks gently forward and back, not going anywhere, just drifting sideways against the centerboard. Satisfied, he cleats off the main sheet.

“Guess we’ll have to wash with sea water.” The sailor unties the tiller and begins steering with his knees. He releases the jib sheet from the cleat and draws it back through on the port side. Then he adjusts the sails for a starboard reach back to the yacht club at Cubi Point. He checks for signs of current so he can adjust for any set from the tide.

“I can feel a two-step coming on,” he beams at the girl. But she knows that after a shower and a warm supper, the sailor will probably feel like a nap……

A woman is like a ship, in that if a sailor does not provide her with his full, undivided attention, she will wonder off.

George Davis was raised on a small farm in the breaks of the Republican River in Nebraska. He graduated from an electronics technical school in Denver, Colorado, then worked for a year in an electronics assembly factory in Dallas, Texas. He joined the Navy and spent 19 of a 24-year career forwardly deployed to the western Pacific. He is now retired on a hobby farm on the dissected plain of the Buffalo Commons, driving a school bus to cover the expenses of farming.