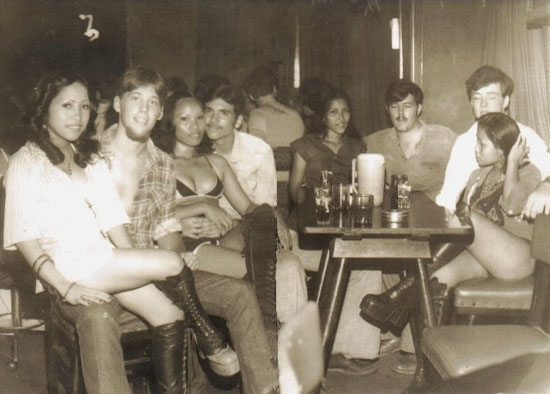 He was a fireman, and I’ll call him Shoetree.  He was sent to the Food Service Division to perform Mess Cooking (Crank) duties for three months.  Although a good worker, he was loquacious, let’s face it, the boy had enough mouth on him for two sets of teeth.

My office was just off the mess decks, and I could hear Shoetree continually expounding on one subject or another.  There was no subject on which didn’t have an opinion. He was always willing to share his opinion, ad nasuem.

Shoetree and another Crank were discussing Special Liberty.  The other fellow told him that when you are mess cooking, you can forget about special liberty.  At sea cranks work twelve to fourteen hours a day, seven days a week. In port, they get every other afternoon and every other weekend off.  He also told him that Chief Davis never approves special liberty for cranks.  He immediately answered that he bet he could convince me to give him special liberty.

It was his afternoon off.  After completing his work and being released by the Mess Deck MAA, he came to me and asked if he could have special liberty the next afternoon.  I told him that I had heard every reason possible for special liberty and his request was disapproved.  He told me that he bet he could come up with an excuse I had never heard.

I told him, “If you can give me an excuse I have never heard at twelve fifty-five tomorrow, I will give you special liberty, commencing at thirteen hundred. You only have one chance.  I am not going to listen to but one excuse. So you better make it a good one.”

He says, “All you have to do is say that you have already heard it and deny me special liberty.”

I promised that I would be honest, and if he came up with an original excuse, I would grant the liberty.  I also told him that I didn’t want to overhear him trying out stories the next morning.

The next morning he was quieter than most days. He conducted some semi-whispered conversations with the other mess cooks, testing possible excuses, I presume.

Finally, the appointed time arrived.  FN Shoetree knocks on the bulkhead by my door.

“Chief can I have special liberty this afternoon?”

“Fireman Shoetree, you know our agreement.  If I have heard your reason before, no special liberty.”

He took a deep breath and said. “Yeah, Chief.  Well here goes.  My brother is arriving at Honolulu Airport at three o’clock, and I need to meet him.”

“I’ve heard it before no liberty.”

“Wait a minute Chief; there’s more. You see, my brother is an amputee. He only has one arm.  He has two suitcases and needs my help to carry one.”

Through my laughter, I told Shoetree to get the fuck off the ship.

Never underestimate the ingenuity of the North American Blue Jacket when it comes to “Special Liberty.”

A native of North Carolina, Garland Davis has lived in Hawaii since 1987. He always had a penchant for writing but did not seriously pursue it until recently. He is a graduate of Hawaii Pacific University, where he majored in Business Management. Garland is a thirty-year Navy retiree and Service-connected Disabled Veteran.