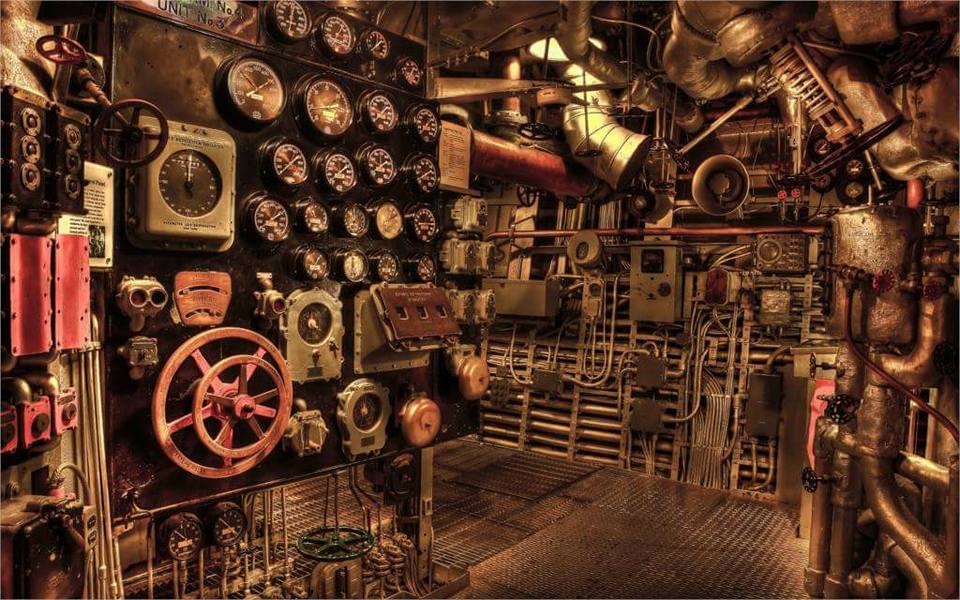 Found the following on the internet:

In Medieval days up till the early 1800’s, there were no engines and no Snipes. Along about 1812 the Navy obtained their first paddle wheel steamer named the USS Fulton. To run the boiler and engine, men of steam were also acquired. They were not sailors but engineers from early land-based steam engines.

From the beginning, the sailors did not like or appreciate these landsmen and their foul, smokey plants. They were treated with contempt and pretty much given the short end of the stick.

In spite of all this the steam engine prevailed. There were still two crews, however. The Engineers and the Deck crew. Soon an Engineer Officer was appointed to each ship. He was the Engineer Master, and all the Engineers reported to him. The Deck sailors reported to the ship’s master. Curiously, the two masters were on equal footing and neither was over the other. The Deck Master though was in the best position. He controlled the quarters and rations. The Engineers were still at the mercy of the deck gang. By the height of the civil war, as steam was taking over and sails were disappearing the old Admirals that controlled the Navy were in a quandary what to do about the situation.

They accomplished a couple of things. First, they managed to make the Senior Master a Captain. As Captain, he was in overall command of the ship and the Engineering officer reported to him. Beings as how there were occasions that the Engineer Master outranked the ships master something had to be done to keep the Engineer from becoming “Captain.” To solve this problem, they developed two separate Officer branches. Staff and Line. Only Line Officers could succeed to command. Staff Officers would always be subservient to Line Officers at sea. Staff Officers consisted of Surgeons, Supply and yes, Engineering officers. To this day that is still true. The second change was to make all engineers Navy men; however, they were also made junior to all deck sailors. A petty officer machinist was junior to a deck seaman third. All this went to make the life of the engineers even more miserable. They could now be flogged and harassed at will by the Deck crew.

Along about this time came an Engineer Officer by the name of John Snipes. I cannot find the name of the ship he first appeared on, but he was a different cut from the others. Snipes demanded sleeping accommodations, and food equal to the Deck Gang. He also declared that there would be no more harassment for his engineers. When the ship’s Captain laughed at him, Snipes simply had his men put out the fires in the boiler. To make a long story short, Snipes brought about the changes in the system. In time these changes extended to the entire Naval fleet. The Engineers became strictly “hands off” for the Deck Gang. They became known as Snipe’s men and over the years as just Snipes.

NOTE:  I cannot verify if the above is true.  I have tried to find information on John Snipes.  I learned that there is a fiddle player by that name.  I found the above reprinted a number of times.  I prefer to think there is some truth to the tale. The following paragraphs are excerpted from a lengthy article by Lt Jim Stavridis published in January 1981 U.S. Naval Institute Proceedings. The entire article can be found here: http://www.usni.org/magazines/proceedings/1981-01/leadership-forum-leading-snipes.  END NOTE

It is a different world there, seven decks down, a world where the temperatures routinely soar over the 130° mark, where a watchstander can trace his rounds in his own sweat on greasy deck plates. The fireroom and engine room are the universe set aflame, a burlesque vision of fire and heat and noise and swift, dark machines that whine and turn and spin throughout the long at-sea periods. Many of the ships are more than 20 years old—merely replacing parts to some of the original equipment can require having to deal with defunct companies and retired technical representatives. The combined deficiency lists would take years to correct, if all the ship did was remain lashed to the pier with full shipyard support. The manning is wretchedly low, with watchstanders often on 6-on/6-off shift work, in a place where all the vitality and energy are drained from a man within the first hour in the space because of the heat and noise. Retention is low—with machinist’s mates and boiler technicians (BT’s) the most critical of ratings.

Someone has to lead them. And in every plant, on both coasts, there are some officers who can lead a snipe and others who cannot. For some engineer officers, the men in the holes are willing to work 16-, 18-, to 20-hour days, going port and starboard on duty days to prepare for an operational propulsion plant exam (OPPE).

Other engineers cannot light off a plant without a virtual strike. Certain ships, with good, snipe-capable officers, can make commitments, win “E”s, steam the plant, tour the VIPs, and all the rest. Others struggle to turn a shaft, draw a vacuum, or line up a low-pressure drain tank. The key is snipe leadership or the presence in the engineering department of what could be called snipe-capable officers.

There are several key attributes that the snipe-capable officer possesses. The first is some training in the technical areas. This does not necessarily mean he must be a mechanical engineer. The officer might have been an English or a psychology major—but he must at least have taken some math and engineering science, have some understanding of propulsion, and maybe even have an awareness of thermodynamics and electrical engineering. He should know what a spanner wrench and a tap and die set are, and perhaps even have used them at some time. He ought to have some idea of what a working man is capable of doing in what length of time. These are all attributes that come with the basic background training package. An officer who does not have any of these essential background items should not be ordered into a snipe-capable officer’s billet.

The second key asset for the snipe-capable officer is that he be able to obtain the respect of his men.  Coupled with the technical knowledge, there should be a tough, pragmatic approach to life. Being able to mix well with the enlisted men from a bantering, give-and-take conversational standpoint to being able to throw the football around with them at the division party all count in gaining respect. Snipes, generally, are physical, and the men they find easiest to respect and, thus follow, mirror these qualities.

Training in the plant to which he is detailed is a third background item that can make an officer more snipe-capable. The ability to walk into a plant and have a conversation about the locations of the equipment, their Outputs and parameters, and the idiosyncrasies of the plant is important. This coupled with the ability to ask any question without feeling or appearing stupid, but in a natural, curious way, can take an officer a long way into the ranks of the snipe-capable.

3 thoughts on “More on Snipes”