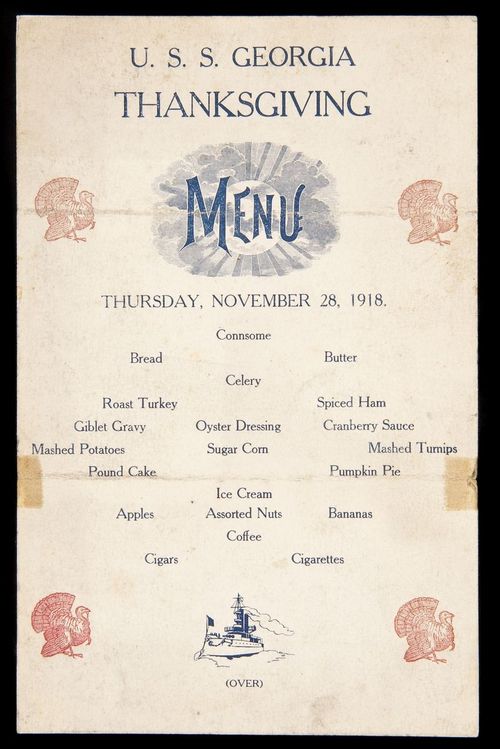 Thanksgiving proclamations were made mostly by church leaders in New England up until 1682, and then by both state and church leaders until after the American Revolution. During the revolutionary period, political influences affected the issuance of Thanksgiving proclamations. Various proclamations were made by royal governors, John Hancock, General George Washington, and the Continental Congress, each giving thanks to God for events favorable to their causes. As President of the United States, George Washington proclaimed the first nationwide Thanksgiving celebration in America marking November 26, 1789, “as a day of public thanksgiving and prayer to be observed by acknowledging with grateful hearts the many and signal favors of Almighty God.”

Thanksgiving was first celebrated on the same date by all states in 1863 by a presidential proclamation of Abraham Lincoln. Influenced by the campaigning of author Sarah Josepha Hale, who wrote letters to politicians for around 40 years trying to make it an official holiday, Lincoln proclaimed the date to be the final Thursday in November to foster a sense of American unity between the Northern and Southern states. Because of the ongoing Civil War and the Confederate States of America’s refusal to recognize Lincoln’s authority, a nationwide Thanksgiving date was not realized until Reconstruction was completed in the 1870s.

After dinner cigars and cigarettes were provided by the Recreation Fund for the two Thanksgiving Meals that I helped prepare and serve when I was in USS Vesuvius.  It was a practice and tradition that fell to the machinations of the non-smokers.  When I was leading CS in USS Morton, I proposed cigars, but the XO decided that it wasn’t a good idea.

Depending upon a ship’s operating schedule, the Senior Commissaryman/Mess Management Specialist began planning and ordering specialty items for Thanksgiving dinner as early as the first of October.  One of the first items ordered were whole turkeys.  Although they used a lot of freezer storage space, I always ordered early because waiting too late would often be met with a “Not in Stock” from the Supply Center or the stores’ ship because everyone was ordering the birds.  When I was in USS Midway, we roasted whole turkeys for display and backed up with the boneless turkey.  There wasn’t sufficient freezer space.  A meal for the carrier at sea would have required about three hundred whole turkeys.

Menus were prepared and sent off to the print shop.

Actual food preparation began as early as a week before the holiday.  Extra bread was ordered and dried, or when at sea bread was baked and dried for preparing bread dressing.  The stuffing of turkeys is not permitted by Navy Medical procedures.  There is a great danger of Salmonella.  In 1936, half the crew of a heavy Cruiser was hospitalized because of the foodborne illness.  It was attributed to undercooked turkey stuffing.

For two nights before the holiday, the night baker is busy baking pies and bread.  Pumpkin pies, Mince pies (I never knew anyone who liked them) along with apple and cherry pies were standard menu items.  The afternoon before Thanksgiving found both watches in the galley doing preparations for the next day’s meal.

Breakfast/Brunch was usually served during the morning of the holiday while most of the cooks were concentrating on getting the special meal ready to serve.  Enough food was prepared to permit the serving of second and third servings. Thanksgiving meal hours were usually 1500 to 1800.

Thanksgiving was a special day where members of the Food Service Division could highlight their skills and their profession.  I was always impressed by the CO’s and XO’s who gave up their Thanksgiving celebrations at home and came to the ship to work on the mess line and help serve the meal.

I wish each and everyone a Happy Thanksgiving.