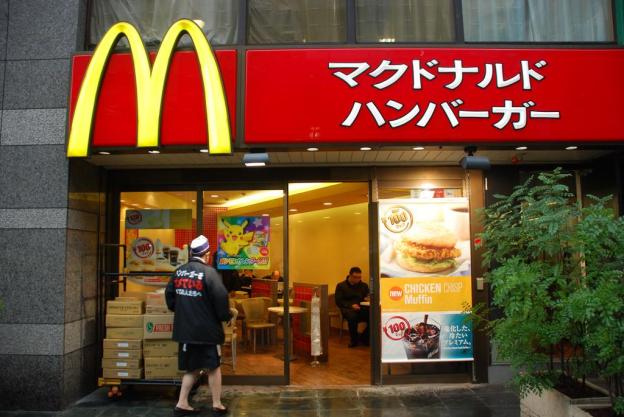 ……We had just pulled into Tokyo Harbor that morning on USS Elliot, DD-967, and moored in the U.S. Navy port of Yokosuka on the southern end of the larger Tokyo Bay. I was lucky in that I did not have duty that day and, therefore, was able to get off of the ship almost immediately. So a cast of five made our way to the nearest train station for a trip into Tokyo. We were a bit tired after a two-week jaunt across the entire Pacific. Oahu to Tokyo is roughly 3,500 miles. Think of it this way: fill your car up with lots of gas and start out on a 3,500-mile trip and the fastest you can go is 15 mph! It would take a while, though we operated 24 hours a day…… there are no motels at sea for wayward ships! So the five of us, Jim Spencer, Raymond C. Wade, Dave Fleury, Terry Godfrey and myself, boarded a train in Yokosuka bound for Tokyo.

Our first dilemma was that the folks in Japan did not have the common courtesy of making any of the signs in English! It was all gibberish to us and we had no way of knowing where to disembark! Luckily for us, a very kind and elderly Japanese gentleman was observing us and instructed us to get off in five more stops – I will never forget his kindness. The other thing of note was that we Americans, generally, were much larger than the Japanese folks around us; we towered over them!

So, we got off of the train at the fifth stop and the first order of business was………FOOD!!! We had been at sea for two weeks and were sick of the chow, so we all had skipped breakfast on our way down the gangplank. By now it was approaching midday and we were famished. As we pondered our options we all agreed that we weren’t ready, just yet, for the local fare. We all agreed to set about looking for………….? The nearest McDonalds! By midday, we had walked quite a distance in downtown Tokyo without any luck.

As fate would have it, we spied upon two young boys, roughly nine or ten years of age, walking up the street carrying the most tremendous bag with……McDonald’s on it! We all felt like our luck was changing as they approached us. When we were feet apart, Terry Godfrey broke away from us and directly approached the boys. He immediately went into this completely goofy charade of rubbing his belly, pointing to his mouth, then pointing to their McDonald’s bag and back at his belly and mouth. This went on for several moments as we all watched with great interest on how this little game would end! The older of the two boys had a ballcap on and he watched this show with great interest and maybe even some suspicion. After he had seen enough, apparently, he pushed the ballcap back on his head and said…. “If you are looking for McDonald’s, it is down this street two blocks then left down that street for a block!” It was the plainest and clearest English I had ever heard!!!

We all howled at our companion for making such a goober of himself, but he took it all in stride, red face and all, and laughed with us! Terry was a good egg, though a bit unusual. He was a rather diminutive young man, was a showman and had an unusual talent – he had mastered the art of Magic! I do not mean the simple sleight of hands card trick; he was very, very talented. Talented to the point that major large hotels in San Diego had hired him for shows at night for various groups.

We made it to McD’s without further folly and tanked up for the rest of the day! By the way, later that same deployment, we pulled into Hong Kong and ate at an enormous McDonalds which took up an entire city block!