Floating Drydocks had been around for a long time before World War 2. But the scope of naval warfare during World War 2 and the Cold War that would follow would test the Navy’s ability to maintain vessels in faraway locations. This is part on of the story of docks like USS Los Alamos (AFDB 7) which serviced the Polaris and Poseidon Missile submarines of the Cold War.

Looking back on the years since the LA was placed out of commission, its easy to forget that for over thirty years she served on the front lines of a different kind of conflict. But it was a need identified and filled many years before that which made her ability to fill this new role possible. This is the story of the Floating Drydocks of World War II. 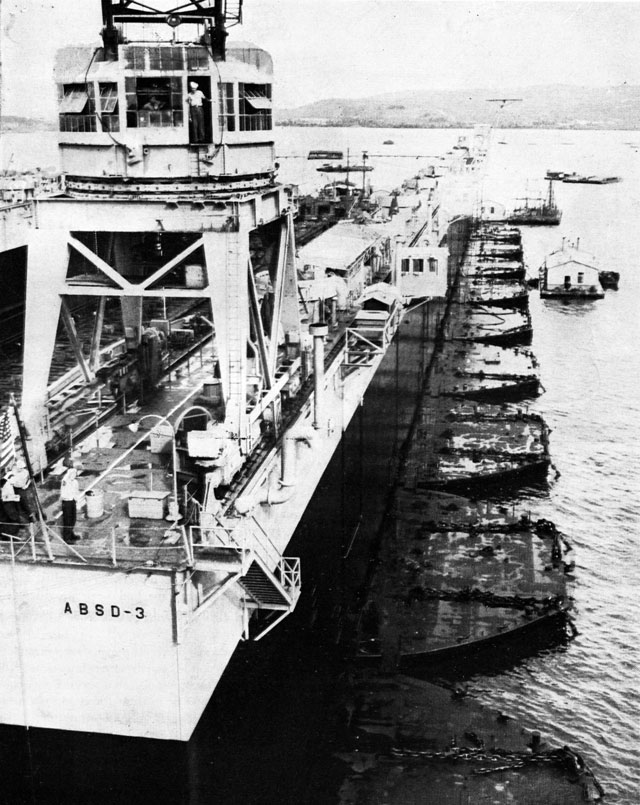 “The fleet of floating drydocks built by the…