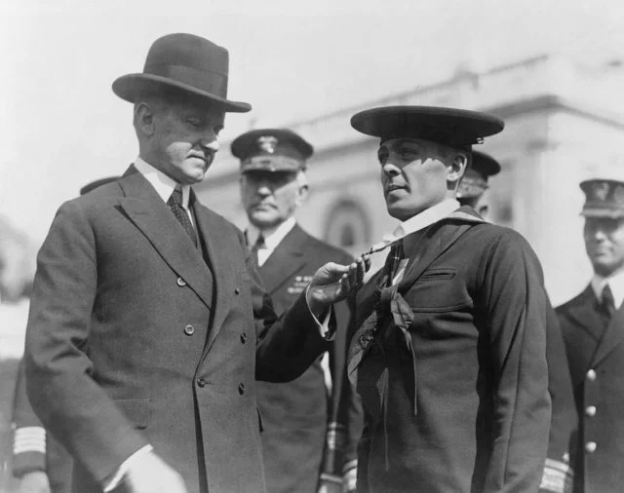 For those who sail beneath the surface of the sea, there are few greater fears than permanently descending to the depths alive. The movies would play this horror scene out time and time again as you watched the sailors press their faces to the ceiling of a room slowly filling with water.

But for one such man, that was the fate he chose for himself when he voluntarily locked himself inside a sinking submarine descending to the bottom. For his actions that day, Henry Breault would become the first and only Submariner ever to be awarded the Medal of Honor.

Torpedoman First Class Henry Breault was born in Connecticut at the turn of the century in 1900. Born to be a sailor, Breault would enlist in the British Royal Navy at the age of 16 to serve in World War 1 before America joined the fray.

Over the next four years, he would learn the art of seamanship and naval tradition from those who have historically done it best. After his tour with the Royal Navy, Breault joined the United States Navy in 1921.

And while the years in between the World Wars were a comparatively peaceful time for America, the United States Navy was frequently sent into forward areas as the nation was increasingly becoming a world power.

As such, the scene for this heroic action would take place not in a war zone, but right outside of the Panama Canal in October of 1923. 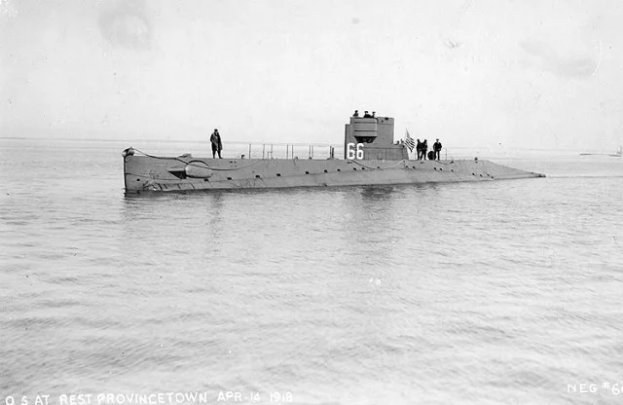 The steamship US Abangarez which was under the control of the United Fruit Company made a series of navigational errors and struck the USS 0-5 directly in the side opening up a hole of ten feet or more allowing water to gush inside.

Slashing through one of main ballast tanks, the 0-5 rolled to port and then to starboard before beginning its descent to the bottom.

But as fortune would have it, they weren’t exactly sailing over the Mariana Trench. For it was but 42 feet of water that separated the surface from the bottom, but that was plenty to send a man to Davy Jones’ Locker if need be.

With the USS 0-5 sinking fast, Breault actually found himself in the fortunate position of having a relatively easy escape when the call to abandon ship was given. Working in the torpedo room, he quickly worked his way up to the main deck and was prepared to jump to safety when he realized a fellow crewmate had been sleeping below just before the collision.

Heading back down the ladders to retrieve his crewmate, he caught up with the then much awake Chief Brown who was unaware of the order to abandon ship. They attempted together to make their exit, but the rising water impeded any attempt.

Wading through the water on board, they made their way to the torpedo room, and Breault latched the door shut just before the ship’s battery exploded. They were undeniably trapped underwater, and any attempt at rescue would have to come from above.

Thanks to the shallow depth, rescue and salvage efforts were able to begin immediately. While that might have been of little comfort to Breault and Brown who didn’t know their current depth, it gave hope to the Naval forces converging on the scene.

Approximately 4 to 5 hours later, salvage crews were banging on the hull under the hopes of hearing signs of life when Breault responded with metal pings of his own. Time was of the essence and the only manner in which they could be rescued in this day and age would be to lift the entire submarine from the bottom.

In another stroke of luck, some of the heaviest floating machinery around was near the Canal. One of the largest crane barges in the world, the Ajax, was in the region and quickly made way to the site. It took multiple attempts with many broken cables, but the USS 0-5 was eventually lifted.

With a great sigh of relief and much applause, after 31 hours trapped under the sea, the torpedo room hatch had been opened and emerged one Chief Brown and a future Medal of Honor recipient Torpedoman First Class Henry Breault.

Henry Breault just after receiving his Medal of Honor, 8 March 1924

It remains to be seen what causes some men to flee and others to run towards the sound of danger. But for a sailor with the opportunity at survival to knowingly risk entombment at the bottom of the ocean is a gallant feat worthy of the highest honor.

Much of the world will merely watch these scenes play out in the movies and cringe as the water reaches the ceiling and the sunken sailors gasp their last breath. But for Henry Breault, he knew that very well could have been the permanent end of his watch.

Breault was awarded the Medal of Honor in 1924 by President Calvin Coolidge. He would go on to serve 20 years in the Navy before falling ill and succumbing to a heart condition on December 5th, 1941.

Having died just two days before Pearl Harbor, one can’t help but think that the man who joined a foreign Navy so that he could fight would have been ready. And if need be, we know for a fact he would lock himself in a sinking submarine to save a brother in arms.