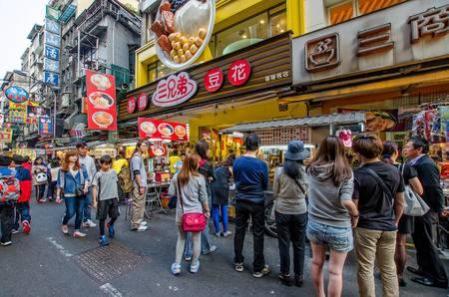 Boy Howdy’s ship pulled into Keelung, Taiwan after a month of straits patrol. The command deemed their stay there a working port. Boy Howdy was selected to make a Guard Mail run to the Naval Representative’s Office in Taipei. The uniform for this evolution was Undress Whites (White Jumper uniform without the neckerchief). Boy prepared for the run by securing his neckerchief around his waist under the jumper. He mustered with the Quarterdeck at the specified time of zero nine hundred and collected the message pouch. A Navy vehicle with a Chinese driver was waiting to drive him to Taipei.

An hour and a half later Boy Howdy had completed his Guard Mail duty and was freed to return to the ship. Boy had other plans. He removed the hidden neckerchief and was ready for liberty. Boy, being familiar with both cities, he quickly repaired to the Bar/Red light district and commenced doing what sailors do on liberty.

Meanwhile, back aboard the ship, stores, water, and fuel were coming aboard and a topside freshwater washdown was being performed. The interior of the ship was receiving a thorough field day under the critical eye of the Executive Officer who had announced that liberty would start at seventeen hundred.

At sixteen hundred, knock off was passed culminating in a rush for the showers. By sixteen-thirty the liberty party was beginning to assemble aft of the quarterdeck. At seventeen fifty the OOD, an Ensign, had the liberty party fall in for inspection. He conducted a cursory inspection to determine that uniforms were clean, and shoes shined.

Seventeen hundred and Liberty Call resulted in a line of sailors and the OOD thinking that his arm would fall off from returning salutes. Within fifteen minutes the liberty party was gone, and the quarterdeck settled down to what was usually a boring watch.

At seventeen thirty the Shore Patrol and Keelung police arrived carrying a disheveled, dirty, drunk, and passed out Boy Howdy. As the duty Master at Arms and members of the duty section carried Boy below, the Ensign, shaking his head, was heard to say, “It’s only been a half hour since liberty call, how the hell do they do it?”

Just another tale of Boy Howdy who was to become the legend.