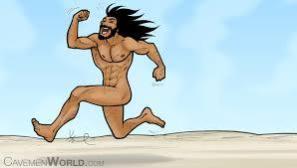 Ok here’s a sea story. Never gonna forget and think it’s top of my sea story list. 1991 in route to that first gulf party on board Uss Tripoli early Jan just left Subic. I’m BTOW have a good watch team under me. Guinn U/L /checks. Alleycat L/L. Pedden on Burners. And then the Caveman As my messenger. Kid was a side show waiting for a pop up tent. Loved him. Always had a cig for the Top!!!

I requested to pump and dump so we aligned our educator and our steam FFP. Very proud of our bilges when wet we were 3 feet deep, but when we sucked it out. Bone dry!!

We sucked all the pockets, voids and side pockets. So I sent the Caveman down under the boilers to dry it out with the hard hose.

Top watch was up and between boilers with good sight lines. Our bilges were deep. So Caveman dropped down there with that hard rubber hose sucking a viscous vacuum.

Stop if you know where this is going!!!

Caveman was a machine, he dried those pockets and then some. I was watching him, he had a cig in his mouth so he blew some smoke and watched it get Sucked up. He’s still in the bilge !!

Watched him spit at it. Sucked up.

Watched him put it on his head sucked up his hair. Watched him run it over his coveralls. Sucked it.

And I just sat and watched IN AMAZEMENT as he unzipped his coveralls and stuck that hose on his Junk. Yep sucked it right up.

I have never heard such a blood curdling scream ever in my life. He flailed and danced but couldn’t get out of the bilges.

Alleycat shut it down. But thing was stuck solid. Could hardly think, we were laughing so hard.

Pedden grab a jack saw and cut hose to break the vacuum.

I called for the corpsman.

Caveman’s junk was all but sucked off. In the span of maybe ?? 45 seconds. He was purple and swollen beyond recognition. Poor guy. He Kept his junk.

Came back a Week later. Still gave Top a Cig to start watch.

2 thoughts on “The Caveman”