My first ship was USS GOLDSBOROUGH, a guided missile destroyer homeported in Pearl Harbor, Hawaii. I was extremely excited when I finally reported aboard the evening before the ship was to leave for a deployment to Vietnam. It was late August 1971 and I had flown all day long from Philadelphia, across a major portion of the globe, to get there. Just being in Pearl Harbor within sight of the ARIZONA Memorial was a thrill.

We left Pearl in company with USS KNOX (DE 1052) and stopped at Midway Island a few days later for fuel. I knew all about the Battle of Midway from the required Seapower course at the academy, and I kept an eye out for Japanese dive bombers the entire time we were there.

The second day out of Midway, I was on the bridge as Junior Officer of the Deck for the 08:00 to 12:00 morning watch. The rest of the ship was at quarters when the Boatswain’s Mate of the Watch got a call asking him to pass the word for a fireman who had not made it to muster. A short time later, he got another call asking him to pass the word again. Not long after that, the XO, the Chief Master-at-Arms and Senior Chief Boilerman Temple came to the bridge to tell the Captain that they were unable to find the missing fireman. He had gotten off watch in the forward fireroom at midnight but failed to report for the 06-12 watch. He was not in his bunk, and no one had seen him. It was now almost nine o’clock in the morning.

The Captain ordered the OOD to sound General Quarters. Once everyone was up and on his battle station, if the fireman was still missing, the MAA and Senior Chief Temple would conduct another search. The ship went to General Quarters, and I went to Damage Control Central, my battle station. I directed all three of my repair lockers to send out investigators to search their areas of responsibility for the missing fireman. As they each made negative reports in turn, I passed the news to Main Control and to the Bridge. All the other control stations were doing the same thing. After almost two hours and no sign of the fireman, we secured from GQ; and I reported back to the Bridge.

The CO and XO were discussing reversing our course and starting a search for a man overboard. Just then, the MAA and Senior Chief Temple stepped into the pilothouse with the wayward fireman in tow. The poor fellow was just about the saddest sack I had ever seen. He was a short young man, with a dark complexion, a round, flat face and straight black hair. He wasn’t oriental and he wasn’t Hispanic. He was wearing a pair of over-large, dirty fireroom coveralls; and the MAA had him by the collar like a bag of potatoes. The Captain pounced on the poor soul and started lunging at him about how many valuable man-hours had been wasted looking for his sorry ass. The kid just hung his head in shame. 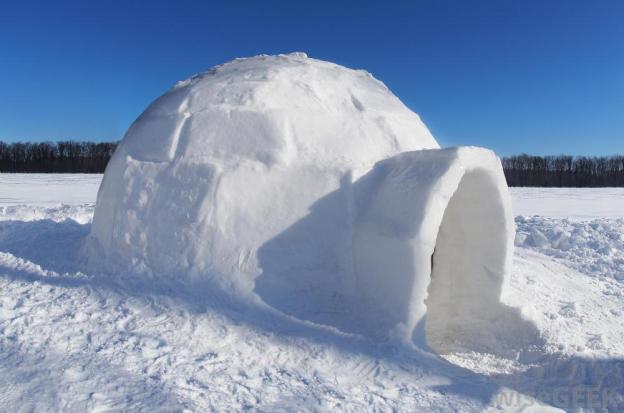 I then noticed the two chiefs’ expressions. They both looked like they were in great pain. I couldn’t tell if they were about to cry or laugh out loud. When the Captain finally ran out of breath, he turned to the MAA and demanded, “Where did you find him?” The MAA literally burst out, “He was on the reefer deck!” (where all the frozen food was stored). “The reefer deck?” the Captain shouted incredulously, “What the hell was he doing there!” At that point, Senior Chief Temple lost it. He blurted out, “He’s a damn Eskimo, Captain. He just got home sick!” The Captain and XO looked at each other and then turned beet-red choking back the laughter. The Captain waved the two chiefs and the fireman out of the pilothouse while he and the XO escaped to the starboard bridge wing. As soon as they got outside, they doubled over with laughter.

The entire bridge watch laughed ‘til we cried. When order was finally restored and the CO and XO had gone below, a sage Boatswain’s Mate of the Watch, wise in the ways of the Navy beyond his years of service, blamed the whole thing on Boot Camp. He explained to us officers that at some point during Boot Camp, each sailor has to visit with the classifiers who determine what rating path he will pursue. The classifiers establish who is going to be a cook, who will be a gunner’s mate and who will be a snipe (an engineer). According to the “Boats”, some smartass classifier took one look at this poor recruit from Alaska, assumed he’d been freezing his butt off for eighteen years, and decided to make him a Boilerman so he could warm up in the 100+ degree firerooms.

We all had to agree the logic was irrefutable.