Our recent visit to the Normandy beaches and the impact it had on me caused me to pause and think; to try to imagine; to try to put myself in the place of a soldier awaiting the ramp door to open; to think how it must have been for the coxswain of the Mike Boat as he returned to pick up another load of men; for those pinned down on the beach all under withering fire from unsilenced guns untouched by allied bombs.

As a combat veteran myself, I think we all asked ourselves the following question:

Would the fear of combat compel me to run or to fight?

At Omaha Beach, it was horrific with its steep hills and cliffs just behind the beach. I walked that beach a few days ago taking in the difficulty of the task. German machine-gunners mowed down hundreds of Allied soldiers before they ever got off the landing boats onto the Normandy beaches.

But sheer willpower and large numbers of troops landing overwhelmed the German positions with 160,000 assault troops, 12,000 aircraft and 200,000 sailors manning 7,000 sea vessels. And the resupply was massive in the days and weeks which followed. In less than a year, the European war was over. Hitler and his despicable regime were gone or soon to be.

This is a day to be remembered. It is a day so significant it cannot possibly be overstated.

Young brave men, many of whom were teenagers, sacrificed and suffered the horrors of war so that we would know peace.

These were our fathers and uncles, supported by our mothers and aunts at home and for some at war who really were and are the greatest generation. Their numbers are few now and growing fewer every day. If you have the honor of seeing them, thank them not only for their service but for what they gave to us. Their legacy and sacrifice cannot be measured, so vast that it is.

And for them, all gave some and some gave all. And for those who remain, a part of them still can be found on those bloody beaches of June 6, 1944. 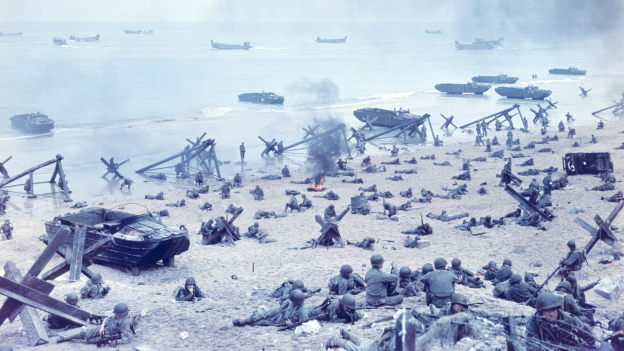 2 thoughts on “Our Greatest Generation”