June 20, 1990, just another boring day out at sea, as the U.S.S. Midway cut through the ocean breeze. Sailors going about their daily tasks, drinking coffee and having a few laughs. Talking about ports and the women they loved. These, tip of the swordmen, were a cut above. When all the sudden the ship shook with a roaring and thunderous blast. Sailors looked at each other, and wondered, what was that?

The mighty ship shook beneath their feet, then the familiar sound of the 1MC. Flying squad report to the area, EMERGENCY! EMERGENCY, FIRE, FIRE! cried the voice. You could hear the sailors yelling, MAKE A HOLE, was the noise. The P-ways opened up like Moses parting the Red Sea, as the flying squad made their way to the scene.

Vierra, Johnson, and Kilgore were part of that team that fateful team, called the flying squad. The first sailors to be on the scene. Bravely they fought as well as many others, with sailors’ side by side, they called their brothers. Not by blood, by race or creed, but by the oath, of loyalty. A camaraderie, known by few, these three brave young men, the fire would subdue.

The smell of fire on metal loomed in the air, after the fire settled, and water everywhere. With soot on their faces, hands, and feet. Some sailors noticed that a few were missing, they called out to their shipmates, but no one was listening. Their fears were confirmed as the search continued. The fire on the U.S.S Midway had taken the two. Another died later succumbs to his wounds, as the flying squad fought for many, and the rest of the crew.

Memories can heal and haunt the soul, the loss of a brother, we will never let go. For the memory of the fallen three, we salute you and speak about your legacy, one of courage and bravery.

As my head drops in reverence, the sounds of taps playing in the distance and a tear falls from an eye. We will never forget June 20th and the men that died. 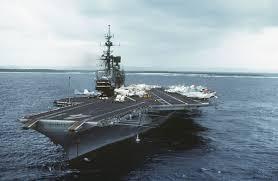